“I’m not formed by things that are of myself alone”

This is the key quote (taken from Stoker) for this mix, which is also ‘not formed by things of itself alone’. Every detail, every short sample, has its origin in another context, another musical composition, from which it is taken to find a new place in a completely different context.

“My ears hear what others cannot hear.”

“Parallax“ is the visual effect that, when you are moving yourself, objects closer to you seem to move by faster than objects in the distance, which slowly seem to move with you in the same direction.
In sound, drones seem to create a somewhat similar effect.
In some way that is what this mix is about: the background sound slowly moving along with you while some other fragments pass by so quick you cannot even focus.
Just don’t try to focus.

“…Now I see things that were hidden from my eyes…”

The title of this mix is taken from the beautiful soundtrack it heavily leans on: Alexandre Desplat’s “Rust and Bone” (“De Rouille et D’Os”).

In other words: don’t expect just ‘tranquil’ sounds in this mix..
This is nót meant to be your average ‘healing session ambient’ soundtrack… so be prepared…

If you have ever watched Stanley Kubrick‘s “2001 – Space Odyssey“, you will definitely remember the impressive scene in which the memory modules are slowly taken away from HAL, the ship’s main computer, because it started to disfunction and became a threat to the astronauts and their mission.
Just before his memory fades completely, HAL remembers being programmed to sing“Daisy”, one of his earliest digital ‘childhood memories’.

With this scene (as well as with HAL‘s name), Kubrick directly referred to the IBM 7094 computer (used to control the Mercury and Gemini space flights, as well as the Apollo missions) which was programmed to sing Daisy in 1961 – a remarkable accomplishment at that time!

Computer systems revolting, loss of memory, human utterings that seem to come from lost souls….
I guess you’d better be prepared for a dark and suspenseful listening hour …

If you have listened to this mix, I’m really curious to know what you think, so please let me know!
(and please let your friends know, also… just spread the word and make these mixes heard …  thanks for your help!) 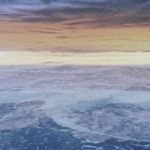 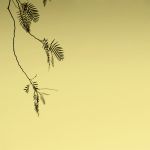