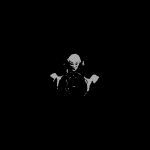 When you realise that Kreng translates to ‘Carrion’ (or ‘Cadaver‘) and Abattoir Fermé means ‘closed down slaughterhouse’ , you know that you’re obviously not going to get a gentle new age treatment with this release.

The set contains more than 3 hours of music (and that’s not even counting the 10″ containing music for the  “Monster” TV-series!).

This music is “not for the faint of heart”. Definitely not. These sounds, in fact, may very well haunt you in your most frightening nightmares.
But as for cinematic (dark) ambient music, this is about the best, and most impressive, you will be able to find. 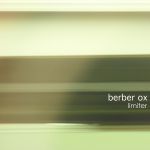 Berber Ox is David Rutledge: a Sydney based radio-producer who, according to the sparse information available, “makes music that crosses genres such as Experimental, Drone, Dark Ambient, Power Electronics and Post Industrial often in the same track.”

With a description like that, you at least you have some indication of what to expect when listening to “Limiter“. And that’s a good thing, because you’d better be prepared! 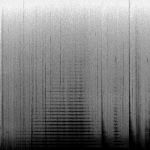 Cello + Laptop first got my attention with their beautiful track, “The Hunt”, featured on the “Escala 2.3” compilation.


This Spanish duo, consisting of Sara Galán (Cello) and Edu Comelles (Laptop) have now released their full debut album on the Envelope Collective label (“The label that is always slipping in the fold of the wave”).

“Parallel Paths“ easily exceeds the (high!) expectation I had based on the single track I knew from Escala 2.3. 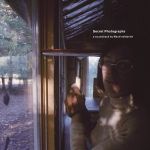 Actually, I did send a mail to Machinefabriek thanking him for sending me this album, but also explaining him that I would pass on mentioning it – simply because I do not want to fill this weblog with alternating reviews of the same artists over and over again.
(And there’s quite a lot of Machinefabriek on ambientblog already – just do a search to find out).

But I forgot Rutger Zuydervelt is one of the very few extremely prolific artists that manage to find an interesting angle for almost every new release.
Secret Photographs is no exception to that rule. It somehow crept up on me, I kept returning to it because the album seemed to reveal new details with every listen.

Throughout musical history, the pure and delicate sound of the piano has never really been out of style.
But still, recent years have seen a revival of (more or less) improvised piano music, most of them (more or less) introvert and (somewhat) melancholic in style.  Here’s a selection of some of them that I thoroughly enjoyed recently: 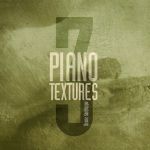 BRUNO SANFILIPPO – PIANO TEXTURES 3
The title leaves no room for surprises. This album is all about piano, and it’s #3 in a series. (Those that want all of them may want to check out the box set including all three).
Bruno Sanfilippo, originally from Buenos Aires, but now living in Barcelona, is not exactly a newcomer in this musical area: he graduated the conservatory of Buenos Aires with a degree in musical composition (piano). This third part of Piano Textures follows the first two releases with the same title (2007/2009), but together these three releases are just a small part of his discography. 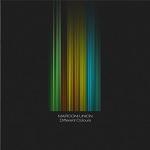 “In the ten years of their existence, Marconi Union have released six critically acclaimed albums. Their music has featured on TV, Films, Art Installations, Ballet and various other productions. The most frequently identified strands in their music are ambient, electronica, jazz and dub. However, they draw on many other influences which subtly appear in their music.”
We wanted to create a more soulful record with a greater emphasis on structure and arrangement, whilst immersing listeners in an almost narcotic haze, in a similar fashion to Bernard Herrmann’s Taxi Driver soundtrack.”
With Different Colours, they definitely succeeded!

“The heart of Incidental Music is the acoustic guitar: melodies, chords, drones, and percussive sounds sometimes used in a straightforward manner, while at other times abstracted and manipulated to beautiful effect. These minimal themes serve as an apt score to the small scenes occurring around us all the time.”
An audio accompaniment for a spontaneous still life, no matter how seemingly insignificant. Something for those stolen moments when we stop and appreciate the beauty of minutia in the often unseen world all around us.”

When I first read the title of Monty Adkins‘ latest album, “Four Shibusa”, I imagined a Shibusa  would probably be some kind of exotic Japanese wind instrument.

I was wrong: it turns out ‘Shibusa’ is a japanese concept ‘describing the inherent simplicity and beauty in everyday objects’.

(Shibusa) “refers to a particular aesthetic of simple, subtle, and unobtrusive beauty, and can apply to a wide variety of subjects, not just art or fashion”.

This description strikingly seems to apply to what most ‘ambient’ music tries to achieve…so there’s a good start for further investigation! 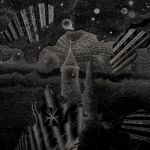 When talking about extremely prolific artist that manage to deliver amazing quality recordings with every new release, Celer is one of the names that pops up. At the time of writing, the Celer discography mentions 52 titles released on a label, and another 33 self-released titles!
“I, Anatomy“, released as a double vinyl album (no digital download yet, unfortunately), is not the latest release, but, in fact, that is not the point at all.
Unlike decades ago, there’s no point in collecting, trying to be complete. The more important point is to simply enjoy what you encounter.

As Will Thomas Long puts it: “I know it is difficult for people to keep up, but for me, I just share things with people that I feel or assume might be interested in the music, because they’re just the people I have contact with, hoping that in maybe one of the releases, something will strike them or have some personal relation. I don’t expect anyone to listen to or enjoy everything, but it’s something that is just natural for me, making and working on music, and keeping doing it. Trust me, I’d love to make only 1 album a year, but it just doesn’t ever work out that way. Not yet, at least.”

For those not very fond of ‘ambient’ music, the sheer productivity and release rate of some of the artists can lead to sarcastic jokes about how easy it must be to create this “kind of music”. But numbers are often deceiving: some of these prolific artists manage to produce a surprising variety of well-constructed music that manage to surprise with almost every new release.

Alio Die  (Stefano Russo, Italy) definitely is one of those artists.

At the time I found out about “Deconsecrated and Pure” (which was released in march 2012, as his 56th release!), at least two new titles have been added to his impressive discography.
But just forget that release rate and focus on this very album. 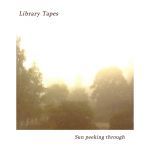 Recording music since 2004, Swedish composer David Wenngren a.k.a. Library Tapes has a distinct personal style that perfecly matches the best in the  ‘acoustic ambient’/’post-classical’ genres.

Title and cover image tell all there is need to know about this album: look behind the melancholy and sadness to find the ‘Sun Peeking Through‘. 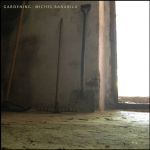 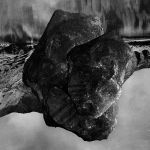 )n.
1. A manuscript, typically of papyrus or parchment, that has been written on more than once, with the earlier writing incompletely erased and often legible.

I guess I can safely assume that both Stephan Mathieu and Sylvain Chauveau don’t need any further introduction to readers of this blog.
Also, there’s not very much news in the concept of two artists working together in a digital dialogue, maybe even from different corners of the world. Usually, this means sending back and forth musical ideas – working, remixing, recreating and editing the tracks until they are fit enough to publish.
But not in this particular case!

“Palimpsest” took an unexpected turn when Sylvain Chauveau only added his voice to the tracks presented by Stephan Mathieu – leaving the basic tracks unaltered.

I can vividly imagine Stephan Mathieu’s complete surprise when hearing back his tracks, unaltered, but with the added layer of vocals covering Bill Callahan‘s classic Smog songs.