I have literally no clue what to make of the name of this duo, Iluiteq. But of course not everything necessarily must have a meaning..
Soundtracks for Winter Departures is the first album under this name created by Sergio Calzoni and Andrea Belluci from Italy. both with a long history in the Italian experimental scene.
Their aim is to explore the many facets of ambient music, using “a unique palette of sound timbres, a wide range of sampling and synthesis techniques: granular, wavetable, FM, additive….” Electric guitar, acoustic piano and field recordings are added on top of that to create a collection of tracks to evoke “the act of leaving for uncertain destinations.”

Hirotaka Shirotsubaki grew up in a small town in Kobe, Japan. He uses his sampled guitars to create his landscapes “dreamy landscapes and emotional textures moving the listener in a quiet and safe inner dwelling.”
Since 2011, he has released about 12 albums, most of them self-released but others on the Naviar and Organic Industries label. Last Goodbye is released on Krysalisound.

Hirotaka‘s music resembles that of Chihei Hatakeyama – in sound as well as in peacefulness.
The title of the album refers to the Japanese Heisei era which started in January 1989 and will end in April 2019, an era in which he lived until now. The end of an era in which one is born and lived all of his life feels like parting and is a moment to look back on the past:
“The six tracks that make up this album have my memory fragments scattered around.” 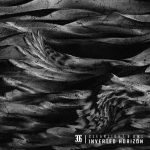 Clearlight & Owl are two Belgian artists, Lucas D’Haeyaert and Pierre Nesi. They have worked together before on various occasions, both creating music since 2009.

Inverted Horizon is released on the independent Belgian label 306 Recordings.
Ten tracks with alternating atmospheres, from calm ambient music to somewhat unnerving electronics, taking you “to your deepest thoughts, travelling between darkness and enlightment, to the deepest, darkest & inverted horizon.”