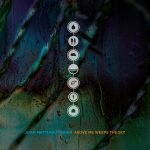 JUHA-MATTI RAUTIAINEN – ABOVE ME WEEPS THE SKY

Finnish musician Juha-Matti Rautiainen‘s second solo album, the follow up to The Endless Now (2017). Like its predecessor, most of the music was made using a bass guitar. But this time including some more sounds, like field recording and a CPAP machine (I had to look that up: apparently it’s a device used as a treatment for obstructive sleep apnea: CPAP stands for  Continuous Positive Airway Pressure).

Rautiainen acknowledges that “music is (and should be) an interplay between the composer and the audience, so every listener will form their own view and understanding about the music”. Yet this album is based on a very strong concept of his own concerns about the current political state of the world.
“The album is inspired by Judith Isaacson’s experience at a concentration camp during the Second World War. It is a tribute to the immunity of a persecuted soul that cannot be stolen.”

As a result, Rautiainen states that this music is not ‘ambient’ in the strict definition of the genre: “many of the compositions on this album are not calm, nor do they give much space for thinking”. It may be minimalistic and slowly evolving music, but at the same time “expressiveness that is often absent in ambient music is a vital ingredient of this album as well.”

The album is dedicated “to those who carry humanity within their hearts in the middle of a conflict.” 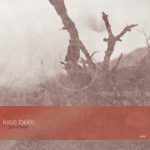 When Kranky chooses to release your debut album, you know you have done something right. Les Bells is the debut album of Julie Carpenter and het long-time collaborator Dain Luscombe. After moving from East Los Angeles to the ‘quiet expanse of the Joshua Tree desert’, a dreamy composition style emerged, “inspired by August monsoons rolling in over the mountains, others by clear, starry
nights.”

The music floats somewhere between ambient, post-classical arrangements and vocal themes. A wide array of electronic and acoustic instruments were used to create these soundscapes: cello, electric piano, optigan, omnichord (Julie Carpenter), synth, organ (Dain Luscombe) and voice (Leah Harmon).
Most tracks are relatively short, and have a relatively ‘familiar’ sound. Sort of exception to that is the 13 minute track Milwaukee Protocol, a 13 minute track that revolves around slow string drones that seem to sink ever deeper before coming up for air again.

“Carpenter’s versatility and embrace of flux fills these songs with a living, breathing quality, restrained but responsive, adapting to shifting conditions and emotions beneath the surface.”

Music that is hard to pin down to one single style – which is exactly why it is so very interesting.