Holger Czukay always used to mention ‘shortwave’ (radio) in the instrument credits on his album. The mysterious, vaguely distorted sound of shortwave radio has always seem to trigger the imagination of those interested in sounds of the unknown and unreachable.
Shortwave radio is a direct connection with uncharted territories. Its distortion and strange sweeping filter effects add another dimension to the radio broadcasts: the fleeting connection may be lost any moment. It’s as if you’re transferred through time and space to a world you did not know until then.
All of this magic gets lost when technology improves. The same stations may lose their attractivity when heard in full quality. They become part of normal everyday life (and then mostly prove to be as boring as the local stations).

In this time of world wide web global connectivity, where no place on earth seems out of reach, there’s an enhancing interest in shortwave sounds. For example, take “A Ghost in the Phase“, the latest in the series of the beautiful Low Light Mixes created by Dave Michuda. t’s a collage of shortwave samples and ambient sounds of artists using shortwave samples. Haunting and definitely worth listening.

Some of the shortwave fragments in this mix can be found on the Shortwavemusic weblog, strictly dedicated to found shortwave sounds.
Also included in this low light mix is a track from the latest CD by Stephan Mathieu, Radioland (‘Auf der Gasse’, also included below).

Just mentioning Rutger “Machinefabriek” Zuydervelt’s releases could fill a blog on its own. In the high quantity of releases he’s able to maintain a very high quality standard, making it hard to pinpoint highlights in the continuous stream of new releases.
But there’s no doubt ‘Piiptsjilling’ belongs in the ‘Best of Machinefabriek’ list!

Piiptsjilling, by the way, is the name of a bird:Wintertaling, or Teal (Anas Crecca), in the Frysk language spoken in Friesland, northern Netherlands. 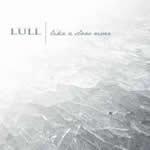 It is hard to imagine that there’s a direct link between Napalm Death and extreme ‘isolationist’ ambient. But there is, and ex-Napalm Death drummer Mick (MJ) Harris is the linking pin.

As Scorn he has created post-industrial dub (working with Bill Laswell, among others), and as Lull  he has createst some of the deepest, abstract ambient imaginable. 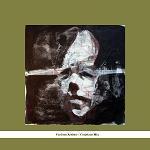 One definition of ‘drone’ music might be: ‘finding the least thing necessary for pleasurable listening’.
Although it’s not it’s not a very good definition (because of the ‘pleasurable’ which may prove to be a bit ehh…subjective. And what’s a “thing”?), it fits the purpose for describing the intention of ‘drone music’.

“Constant” is the well-chosen title of the drone Mystified (Thomas Park) originally ‘found’, and which he thought impressive enough to listen to it constantly. It has the basic soothing drone quality of distant humming machines…reassuring and comforting sounds to listen to, to ignore, or to help disguise other, unwanted sounds from your environment. 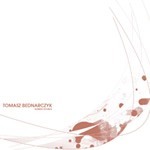 When listening to the music on this CD, it’s hard to imagine that the creator, 22-year old Tomasz Bednarczyk from Poland, wasn’t born yet when Brian Eno and Harold Budd created their genre-defining work in the first half of the eighties. 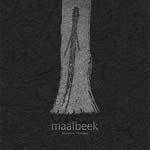 In an interesting article about ‘web 2.0 fan-based fundraising’, Kevin Kelly (founding editor of Wire Magazine) states that any artists only needs “1000 True Fans” to make a living out of music.
“A ‘True Fan’ is defined as someone who will purchase anything and everything you produce. They will drive 200 miles to see you sing. They will buy the super deluxe re-issued hi-res box set of your stuff even though they have the low-res version. They have a Google Alert set for your name. They bookmark the eBay page where your out-of-print editions show up. They come to your openings. They have you sign their copies. They buy the t-shirt, and the mug, and the hat. They can’t wait till you issue your next work. They are true fans.”

Not exactly “ambient”, but definitely “Cinema for the Ear” as the composer himself calls it. And  indeed: the carefully orchestrated samples and sound fragments seem to tell a story without images. A beautiful tension is created in a dialogue between the electronic soundscape and the piano improvisations. 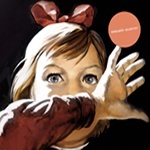 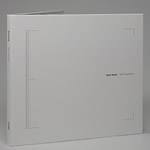