In this “shortlist” section, I will mention some of the albums that I enjoyed listening to, but couldn’t find the time (or the right words) for a “full” review for.
Still, I think they deserve your attention (use the links to find more info and hear previews).

Wil Bolton – Melt
Another great release in the Rural Colours subscription series, perfectly timed for the spring and summer season.
“‘Melt’ is a single long-form track of warm, overlapping tones created with a toy keyboard, a synthesizer, analogue delay and looper pedals, and some minimal laptop processing. Glitches and signal problems were welcomed into the process, shrouding the fragmented yet lyrical keyboard melodies in a gentle mist of fuzz, clicks and hiss.” 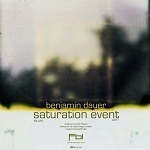 Benjamin Dauer – Saturation Event
“..A series of explorations in tape saturation – that place where the audio begins to slightly fall apart – not harsh digital distortion, but rather, that warm and blurry type of analog distortion only possible w/tape (or tape emulation). As you listen, at times the audio in the lower frequencies might fall apart while the upper register remains crystal clear. On others you might not notice anything but maybe the slightest hint of added analog warmth.” 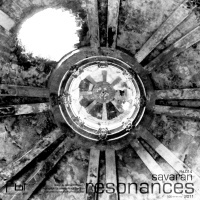 Savaran – Resonances
Another fine (and free) Savaran release, this time on FeedbackLoop Label.
“Utilising both digital and analogue instrumentation with field recordings, samples and an array of effects, Mark develops refined micro-soundscapes, tightly knit into granular textures which demand an attentive ear. In Resonances he marks waypoints in the contours of his own life, describing personal experiences – memories of events and locations – and his own interests in history, astronomy and geology.” 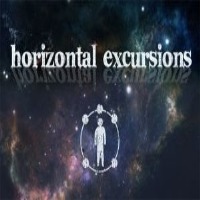 Roger Martinez – Horizontal Excursions
Originating from the dance-DJ scene, Roger Martinez’ graduation project (involving 5.1 surround sound and video art) earned him the Young Toptalent Prize in 2009.
“Horizontal Excursions” originated from that same project, and offers a fine set of ‘classic ambient’ tracks that “want to bring people in a state of relaxation and well being through music, while also communicating messages that are inspiring and emotionally laden.”
Unfortunately the tracks are not available in surround sound format yet. 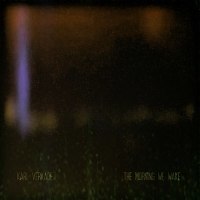 Karl Verkade – The
Morning We Wake
Almost 80 Minutes of beautiful soft guitar soundscapes, created using vintage recording techniques and absolutely no post-effects or compression. ‘Ambient Guitar Spirituals’, as Verkade calls them.
Personally, I would have left out the vocal track called “Lead us away” . The religious context of a praise song like this somehow feels out of place between all other (instrumental) tracks on this album. But apart from that, “The Morning We Wake”  contains some of the nicest guitar ambient tracks I know.