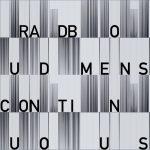 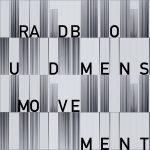 Dutch sound artist, composer, and sound designer Radboud Mens boasts no less than 40 years of experience in working with sound. All kinds of experimental sounds: ranging from ‘attaching contact microphones to dog’s brushes that he used to destroy vinyl records by scratch-laying them, boosting the signal through broken cassette decks and recording the results’, to drones, clicks & cuts (to be taken quite literally: Cl;ck (2000) used digital clicks and errors he collected while cleaning up digital recordings). All things electronic & experimental, and always ‘out of the box’.
As such, he also experienced the constraints of such thinking: in the 90s most labels were not interested in releasing albums where different genres (minimal techno, glitch, ambient) coexisted or were combined. It was always either…or…. But the idea of doing this never left him for over 20 years.

So finally he started working to create this vision, combining digital clicks, ambient drones, minimal techno and dub. And the 110 minutes on Continuous / Movement proves him right.
The two albums present a unique combination of sound that can be enjoyed in different ways: it is definitely ‘ambient’ when played on a lower volume – the pace is unhurried and the tracks take their time to develop (or to deliberately nót develop). But at the same time, the beat is relentless and unavoidable, even at a slower speed, and the lower bass is earth-shaking when played at a louder volume. This music definitely works at all levels.

I don’t know if the times have changed compared to the 90s regarding the label’s attitudes toward genre-defying music. I hope so. Radboud Mens decided not to find out and simply released these two titles on his own ERS label.

Continuous and Movement are two separate albums exploring this concept. They can be obtained separately but should be regarded as a double album. The – ridiculously – low price for the CD-versions ($5, which in fact is lower than the $7 for the digital version!!) means that you don’t have to doubt about buying both or not.