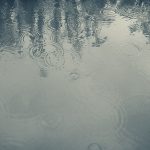 There are many pleasant surprises in the steady releaseflow of Harry Towell’s Whitelabrecs. Such as this album by Masaya Kato, a Japanese artist who previously released music on Time Released Sound and Somehow Recordings.

Contact is an immensely quiet set of Fender Rhodes chords, presented with long pauses filled with layers of magnetic noise that come from tape reels, vinyl, 8 mm film and VHS.

“The tone of Rhodes keys is typically an immediate rush of melody, instantly recognisable and usually used in soul, house and jazz genres for its deep tones. When used to create Ambient drones, the feint swells of decaying chords serve as the subtlest blend. Against the hiss, crackle and pop of the magnetic noise sounds, the minimalist melodic textures were created as Masaya has strived to extinguish his body into the empty air around him.”

The warm sound of the Fender Rhodes contrasts nicely with the magnetic noises, creating a relaxing, dreamlike effect. 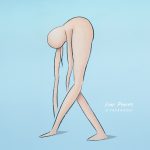 H. (Hiro) Takahashi‘s Low Power is just as relaxing as Contact. And like most other releases on Chihei Hatakeyama’s White Paddy Mountain label: obviously Japanese music are masters of “the philosophy of simple timbre composition and placement.”

The instrumentation is different: minimal keyboards and synth settings instead of the Rhodes, and no static noise. But Takahashi’s minimalism –  inspired by Japanese Minimalists Yoshimura and Ashikawa, Satie, Cage, as well as Brian Eno and Roedelius – has the same refreshing and relaxing effect.

The cover shows an image of an exhausted person, definitely on Low Power.  If that is how you feel, I recommend taking a break to relax with the album (or even: these albums) playing in the background.