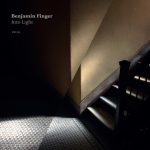 Apart from his filmmaking (he is a director at the Film and TV Academy NISS in Oslo), Benjamin Finger is also a multi-instrumentalist ‘with a healthy disregard for genres.’
Some of this ‘respectful disregard’ is exposed on Into Light, merging ambient with electro-acoustic and modern-classical elements, a ‘classy meld of analogue synths, guitar and field recordings’.

There are four tracks: two short ones of about 3 minutes, and two long pieces about eighteen minutes each. Perfect lengths for the limited vinyl edition.

Gravity’s Jest starts with a haunting cinematic cello part (performed by Elling Finnanger Snøfugl) that slowly seems to fall apart and is gradually taken over by sweeping atmospherics, until in the last third of the piece the mood suddenly changes with the introduction of Inga-Lill Farstad’s voice.
Paradox Route, the dreamlike ‘a hazy weave of voice, instrumentation and analog colours that feel like a warm embrace from your headphones’, somehow mirrors Gravity’s Jest: it starts with Farstad’s voice, slowly submerges into more abstract electronics fragments, to end with a (more distorted) cello.  The circle is complete. 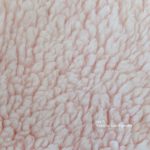 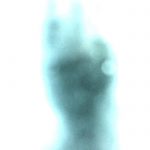 I’m afraid I’m  a bit late to the show: these albums were both released in July this year. But better late than never, and after all: the music is still available, so…

Dissimilar Lake Pigments  is a cassette (or download) released by Rottenman Editions from Spain. The gentle music is inspired by Lee Yi’s ‘fascination with natural pigments and the many sensations
that the impact of seeing its wide range of intense colors produced.”
Seven songs, spanning 30 minutes, ‘composed with organic dyes and a pink aura.’

The cassette is available in two editions: the Deluxe edition has a special wool fabric sheath, manuafactured and dyed by hand with natural pigments from Marocco. But that one is limited to only ten copies (only 2 available at the time of writing).

Eslandtika, released by Shimmering Moods, is available as a CD, a cassette and as a download. It is a collection of improvisations ‘recorded entirely on micro-cassettes’ – hence in this case the cassette is an appropriate medium for this album.
There is no detailed information about the album, but I guess the artist statement tells enough:
“Eslandtika is a bunch of small memories that I would like to keep forever. Ordinary people, without any pretention; who have shared an instant of their lives and who have left.
It is a tribute to a simple & beautiful past.”