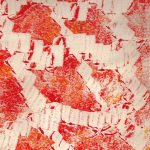 Perhaps, it’s a bit weird to talk about an album with a title like this, which was indeed released in August last year, in the middle of the winter season. But however, the music is a pleasure to listen to all year round, and especially in the cold of winter we long for the long and warm days of summer.

Frans de Waard is a Dutch pioneer who has been active in all kinds of experimental electronic music since 1984. Not only as a musician, but also as a label owner and reviewer for Vital Weekly, covering about every thinkable aspect of experimental music.

Hot August Night, released on Chihei Hatakeyama’s White Paddy Mountain label, was created in a sad period when his mother was terminally ill. It is basically an improvisation (or ‘tinkering’) on an iPad piano app, later transformed to this 45 minute piece of lo-fi ambient.
“It is not a work of sadness for me, but a celebration of both my wonderful parents and their support for my music over the years, even though they not always understood what it was about.”

The piece feels generative in nature, it could have been one of Brian Eno’s compositions, albeit that Frans de Waard‘s choices of sounds are less ’round’ than Eno’s, with considerable more distortion by design. Hot August Night is ambient in the classic definition of ‘music that is as ignorable as it is interesting’. It is interesting to listen to the different elements slowly shifting in and out of focus, subtly changing the sound image while retaining the peaceful mood.

I don’t know if it’s the title or my association with summer, but there’s one sound element that reminds me of the cowbells worn by cattle in the Alp fields of Austria and Switzerland.
So if anyone ever thought that Ambient music ‘needs more cowbell‘ – try this one! 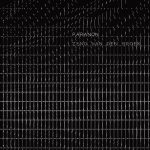 Zeno van den Broek is a Dutch composer/multi-media artist that recently moved to Copenhagen. He “utilizes immaterial and temporal means such as sound, acoustics and projections to create site
and concept specific works. He has developed a distinctive language based on pure sound sources, often sine waves and noise, in relation to minimal visual aesthetics based on lines and grids. With these means he creates site-specific patterns of interference, which fully express the characteristics of the space.”

Paranon is released by the Moving Furniture Records label, but it would’ve fitted perfectly on the Raster-Noton label too, for its almost academical, analytical conceptual approach.
“Paranon consists of two compositions based on parameter canons of sine wave generators. […] The custom programmed sine wave generators Zeno van den Broek uses on Paranon make it possible to generate interference, shift phases and alternate frequencies with great precision.”

This sounds like there’s a pretty complicated algorithm behind the two twenty-minute Canons of Paranon. But it is not a complicated work to listen to (if you’re familiar with minimalist drone music, that is. Though ‘minimal’ may be a badly chosen word for this work).
The deep drones fill the atmosphere and you can sense the interplay of the sound waves interfering with each other – which will sound different depending on the reflections of the environment it is played in. In a way, listening on headphones is the ‘purest’ way to listen to these works, and they sound absorbing this way. But then you’re eliminating the characteristics of the space it is played in, and thus you bypass one of the key elements that Zeno van den Broek investigates: space, time and physics. 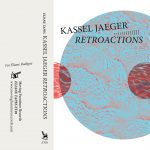 Retroactions by Kassell Jaeger is the very first release on Moving Furniture‘s sublabel Eliane Tapes. The label is dedicated to (and inspired by) the work of Éliane Radigue, a true pioneer in the field of minimalism and drone music. If you’re familiar with her work, you’ll know what to expect from this newborn label: fascinating explorations in extreme minimalism

Kassell Jaeger presents four ‘studies’, each around 20 minutes, experimenting with different feedback setups, using 6 microphones and 10 speakers. There are two pieces (Controlled Aerial Feedbacks and Non-controlled Aerial Feedbacks), each with their own Processed version. No information is provided about the way the feedback signal is controlled.
The result is 80 minutes of deep drones perfect for ‘Deep Listening”. Like good drones should, these sounds seem to make a connection between the listener and the unknown earthly (perhaps even cosmic) frequencies. Immersive and timeless.

In line with the media used in the 60’s and 70’s, Eliane Tapes editions will be released on (limited edition of 100) cassettes. But for playback I recommend the hi-res digital files because they don’t have the characteristic hiss and distortion that cassette tapes inevitably have. 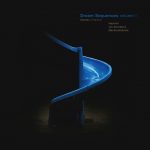 As Orphax, Sietse van Erve is constantly looking for the perfect drone. He is a huge fan of the work of Éliane Radigue (read above about his new label Eliane Tapes), which resounds in his work. With his Dream Sequence series (currently four editions) he presents ‘experimental ambient/drone pieces with a dreamy touch.’

For this release, the Dream Sequences material was reworked and ‘reframed’ by Haarvöl, Jos Smolders and Rutger ‘Machinefabriek’ Zuydervelt. It is interesting to hear what other artists can do with sound material as basic as a drone. Of course, the artists invited are no strangers to the genre and each have an impressive body of work themselves. They’re all soul mates in this musical respect. The result 60 minutes of experimental electronic drone music in three tracks that fit together as a hand in a glove.

Haarvöl includes an explanation of their intention with this piece: ‘We wanted to make a theme in which the dream idea would somehow accommodate our aesthetics.’ This includes field recordings from a nanotechnology laboratory as well as a modified bagpipe (!). (Haarvöl are Portuguese; the bagpipe is a popular instrument in the northern region of Miranda do Douro).
“Our dream is embodied in a naturally surreal but also mechanical sequence; in dystopia seeking return to its original utopian condition at any moment: to the dream.”

Jos Smolders and Machinefabriek did not include any notes about their rework, because they wanted to let the music speak for itself. However, Smolders’ intention is given in the title: “Functional Neuratanomy Of Human Rapid Eye Movement Sleep And Dreaming.”
I guess this marks the start of yet another great series.