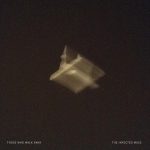 THOSE WHO WALK AWAY – THE INFECTED MASS

Those Who Walk Away is the weird alias of Winnipeg based composer Matthew Patton, known for his work with choreographer Paul Taylor in Speaking In tongues, and as the curator of the Winnipeg Symphony Orchestra New Music Festival (programming works by artists like Jim Jarmusch, Glen Branca, Lee Ranaldo, Valgeir Sigurdsson, Sigur Ros, Venetian Snares and many others).
This is the first work under this Those Who Walk Away alias.

The Infected Mass,  co-produced with Paul Corley (Sigur Ros, Björk) is a Minimalist Requiem, with a prelude (Before The Beginning), a postlude (After The End), three Degraded Hymns and two Partially Recollected Conversations. The music is haunting enough in itself, with its ghostly strings and chorals, and the ever-present machine-/airplane- drone in the background, whispering voices and the sound of human blood flow.
“The music is filled with ghosts and artifacts that I couldn’t erase.”

But the most haunting parts, the centre pieces of the album around which the full composition revolves, are the Partially Recollected Conversations: authentic black box recordings from aeroplanes that were  about to crash. One of these (the one from the Second Partially Recollected Conversation) was the United Airlines Flight 232 that crash-landed on July 19,1989. 111 people of the 296 on board died in the crash.
Once you realise this, The Infected Mass hits hard, on a whole different emotional level.

This is a Requiem dedicated to real people who have died in a horrible, unimaginable way… and to the airplane pilots that are doing whatever they can to keep control of the situation:
“Whatever you do, keep us away from the city.”
(Would you keep yourself together in a way these pilots do in a situation like this?)

Knowing this background immediately turns this into one of the darkest, blackest Requiems imaginable.

Patton: “There is something very genuine and at the same time very wrong in what I am doing. The recordings are very disturbing; as we listen to these cockpit voice recordings, real people are about to die. I don’t know why I am doing something that feels so wrong. But I am.”

The composition may be different, but there’s something in this project that reminds me of William Basinski’s ‘Disintegration Loops’: the intricate beauty of the music itself gets almost unbearably tragic once you realise what it describes. 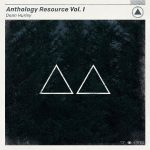 I must admit I have mixed feelings about the Twin Peaks series. But if there’s one thing that keeps me going through series 3, it’s the sound design.
Not the weird-ish Roadhouse dream-pop songs usually ending every edition (though they are nice in their own way, I assume a soundtrack compilation will follow later), but the ominous background drones and otherworldly ambient soundscapes colouring the atmosphere.

Most of these are created by (or under supervision from) Dean Hurley, sound and music supervisor for both Inland Empire and Twin Peaks, The Return, and closely working together with David Lynch for more than 12 years. Apart from his work with Lynch he also produced artists like Lykke Li, Zola Jesus and The Veils.

Anthology Resource Vol. 1: △△ is not the official soundtrack of Twin Peaks, The Return: that one will be released in september and feature different music. Thís  is the ‘abstract counterpart’ that focuses on Hurley’s sound design: “from ethereal tones to sputtering electricity to densely brooding musical cues.”

The  Vol. 1 suggests there’s more to come. Count me in! 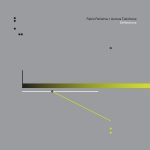 The collaboration by Fabio Perletta and Asmus Tietchens seamlessly fits next to the Twin Peaks soundscapes from Dean Hurley. Of course the music on this album is not intended this way, but the effect of the quiet sustained drones is almost the same (especially when played not-too-loud in the background, as a soundtrack to your own environment): it alters the atmosphere, suggesting there are unexpected things about to happen.

The two artists prove to be a perfect match, and clearly have the experience you need to create an album as restrained as this: near-silent soundscapes that describe empty spaces.
Asmus Tietchens (Hamburg) has released over 80 albums on which “he continues to explore the possibilities presented to him by specific sound sources (ranging from water sounds to pure sine wave tones)”. Fabio Perletta often crosses the boundaries between pure electronics and musique concrète, “using the sound as a vehicle for conceptual investigation and sensorial stimulation – with a deep attention to details and use of silence and near-audible sound”.

So, Twin Peaks fan or not: if you like unobtrusive, atmosphere-altering electronic drone music you must definitely check out this album!