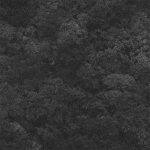 The previous release of this Portuguese collective (Indite, their second album) was released on Moving Furniture Records in May 2015, so it’s about time for its follow up. Bombinate is the first title of a trilogy that will be released on the same label, “each having a very particular sonic approach but knitted in a personal Haarvöl sound idiosyncrasy.”

The album opens with a threatening grunt, something that seems to come from an animal you would not want to meet. It immediately sets the atmosphere of the following drones: a dark, haunting atmosphere. Not of the physical ‘power-ambient’ kind, but subtle inescapable suspenseful drones with an even more frightening impact
“Bombinate combines tracks that are between quietude and a more sonic experimentalism towards the exploration of time in music […] The balance between both sides is a challenge for the album and a statement from the band.”

Haarvöl is a collective project with three (unnamed) permanent members collaborating with different artists. Artist such as the Spanish electro-acoustic composer and field recordings expert Xóan Xil López, who participates on this impressive album. 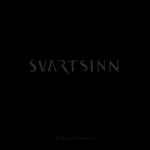 As you probably guessed from the album title, this is a collection of previously released tracks, taken from various collections and gathering different collaborative tracks by Svartsinn (Jan Roger Pettersen from Trondheim, Norway) with Northaunt, Gydja, Allseits and Psychomanteum.

Most of the music was released somewhere between 2002 and 2012 but were almost unavailable until now. That is one definition of ‘obscure’ – the other referring to darkness, the absence of light.

And indeed: this music is as dark as its album cover… icy Scandinavian “sad & dark atmospheric soundscapes that could satisfy the sombre chambers of your soul.” 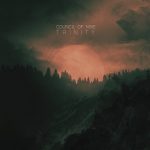 Every listener will have his own personal associations listening to this album. That can be many things – but I guess chances are these deep, dark and desolate drones will probably leave you feeling quite alone.
These are no cheerful sounds.

There’s a reason for this: Olivier created this album mourning the death of his mother:
“The many stages of grief and the acceptance of loss, deeply personal, unforgiving, cold and painful. This marks the end of a chapter and the closure I was desperately seeking.”