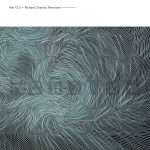 It has almost become a genre in itself: reductionist minimalism, exploring deterioration (think Basinski), or exploring the artefacts of multiple digital copies (think Alva Noto).
Or: exploring what is remains after removing important details – think Richard Chartier‘s latest album (his first new studio album under his own name since 2013).

It’s a famous Miles Davis quote: “Don’t play what’s there, play what’s not there.”
Which is exactly what Richard Chartier does here on this album.

It took a five-year process of removal/erasure to form these two pieces (26 and 23 minutes).
“Only trace elements appear from what was”.
Only Chartier himself can probably  tell what ‘was’ and what has been removed. But the result is a fascinating ‘ghost of a composition’ which presents a sonic universe in itself. An infinite and timeless universe.

Two ways of listening are recommended: you can play it quietly amplified across your space, changing the atmosphere of your surroundings in the truest sense of ‘ambient music’.
Or, listen carefully on your headphones (be sure to listen on a decent system and using a lossless audio source) to hear all the captivating details of this ‘glacially paced progression of discreet relational sonic events and flows.’
I recommend doing both, though not at the same time. 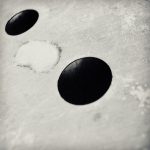 Porya Hatami (from Iran) has released quite an array of albums since 2012, and this is his debut for the Line label.
Compared to his earlier releases, Monads is more abstract and experimental in sound design (which in fact perfectly fits the label).

Monad is a philosophical concept referring (in this case) to ‘elemental particles of nature; basic elements of perceptual reality.’

These (twelve) tracks are presented as Monads, which is to say they ‘neglect to follow structure or narrative.’
Each track is a single entity (maintaining ‘a harmonious distance from each other with no open window for communication’)

It’s like listening to a few minutes of sound taken from a stream that has neither beginning nor end – a stream that simply ‘is’. Yet was unheard by many, until Hatami unlocked the hidden dimensions and found a way to collect these sonic fractals for us to enjoy. 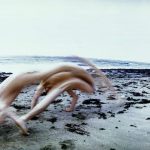 Broken Thoughts is Keju Luo from Yunnan, China. This is the first time I hear his music, but it is obviously created with a lot of experience.
The website already boasts seven solo albums as Broken Thoughts (though Bandcamp states it is his third solo album), and many other works, collaborations and commissions.

But these are just references: to my ears the music is as fascinating as the cover image is. You cannot really tell what you hear / see. There are vague references to reality, but the result is hard to describe.

Listen for yourself – I think you will agree this album ranks among the best of the current adventurous electronic music.