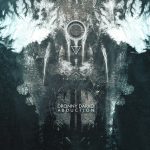 If you like your soundscapes dark and haunting, full of suspense, Dronny Darko (from Kiev, Ukraine) will definitely fulfill your needs (as will most of the releases on the Cryo Chamber label).

Abduction is described as “merging the lowercase and minimal genre with a strong science fiction element.”
“Lowercase music”, Darko explaines, is a minimalistic sound art that “amplifies acoustic objects and paints collages with them. Those are sounds that we almost cannot hear with a naked ear. Something like the hum of the domestic sound system, ants rumbling, plants growing,  etc.”.

The result of this process can hardly be called ‘minimal’: it’s an overwhelming and irresistible plunge into the deep unknown, where “throbbing bass layers croak and groan under the pressure of whirling machines that buzz and hum.” 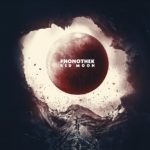 Phonothek‘s second album for Cryo Chamber (the follow-up of last year’s Lost in Fog) continues “the theme of the inevitable death of our planet”.
So here’s the image to keep in mind when you listen to the track Last Melody:

“A sad lonely trumpet echoes between ruined apartment complexes. The ground is dry and dusty, nothing grows here. Where once laughter of children lingered, now only the creak of broken swings remain. The earth is dying. The chosen got on the ships, but not you.”

The Georgian duo (George Shamanauri and his wife Nina) mixes many genres without losing the desolate atmosphere: there’s dark ambient (obviously), but also David Lynch-like dark ambient-jazz – with a leading role for  the trumpet.
The latter  will not surprise you knowing George was (is) the principal trumpet in the Tbilisi State Opera Orchestra, the Tbilisi Symphony Orchestra and the Georgian Philharmonic, as well as a participating member in many other ensembles. Nina also studied at the Tbilisi State Conservatory, and continues to work in different projects.

For their work with Phonothek they developed a clear conceptual sound, one that isn’t usually taught at conservatories (though conservatories in Georgia might be different, I don’t know about that).
Their soundscapes are one of the most adventurous examples of ‘dark ambient’ soundscapes you will be able to find.
“It brings the sound of the old world to life as it shines light on the new and dying one.” 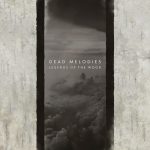 DEAD MELODIES – LEGENDS OF THE WOOD

Dead Melodies  (Tom Moore, UK)  come from the same stable: it’s his first album for Cryo Chamber. But it’s not a ‘debut’: over eight years Moore has released ten albums, EP’s and a large amount of collaborations “making anything from dub to folk to ambient”.

With its lush field recordings and reverbed guitar, the musical approach is somewhat different – possibly taking its inspiration from English (foggy) landscapes. At least, in the beginning of this album.
There’s a ominous undercurrent in the music, and the eeriness soon takes over. Titles that tell tales of Crows and Blood, Devil’s Hill, the Hooded Nine and a Malevolent Rising will probably already have told you to stay on guard.

“The damp morning dew forms translucent drops on the knee-high grass. Whatever was out there last night seems gone but the birds are not yet singing and the animals still hiding.”
How’s that for  creating an atmosphere?

But rest assured (spoiler alert!): the last track is titled  Beautiful Coalescence. So no need to worry too much.