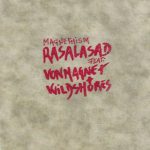 Rasalasad is Fernando Cerquira, mixing spoken wordcore, drone, broken word, experimental, library music… among founding and running the Portuguese Thisco label that specialises in releasing music that is hard to classify (although ‘experimental’ will do for most of them) in unorthodox packages or multimedia forms. An impressive lists of artists that have been involved in the Thisco label in some way – to name only a few: Merzbow, Rapoon, Terre Thaemlitz, KK Null, Jarboe, Francisco Lopez, Troum, Bela Emerson, Stephan Mathieu, Lawrence English, Hafler Trio, Michel Banabila … the list is endless and shows that Cerquira has been around the scene from the mid-80’s.

Thisobey is the name of an ongoing series of EP releases packed in an unusual cardboard box inside a plastic bag. The series presents collaborations of in-house artists with specially invited musicians.

Magnethism is the first from this Thisobey series, and it’s a great example of what may come after. It’s a 17 minute drone soundscape created by Rasalasad  featuring spoken word, whispering and poetry by the French collectives Von Magnet and Wildshores.
And yes, this means this rather dark, nightmarish sound poetry.
It is a strange and common misconception that music must be loud to be intense. Magnethism proves this isn’t necessarily so. 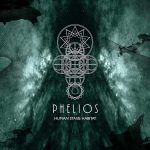 Dark ambient is a deceitful genre tag: it often represents a lot of horrific music that seems to be the exact opposite of what is usually called new age, usually recognised by the use of churchbells and chanting monks.
But, on the other hand, there is also a lot of music labeled dark ambient that is interesting, multi-layered and can invoke a deep-listening experience.
Such as this one.

The Phelios alias, the album title, the album artwork – they all promise the same thing: darkness. And darkness is what you get. An almost comforting blanket of darkness.

Phelios is Martin Stützer from Wuppertal, Germany. Apart from creating music, he is also responsible for the organisation of the Phobos Festival, a series of dark ambient concerts,
Human Stasis Habitat,  his latest release on the German Loki Found label, is an immersive trip into deep space, a dive into the ominous unknown. 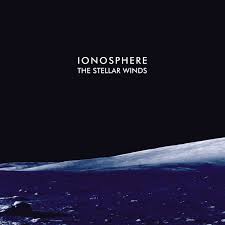 The same (Loki-Found) label also re-releases this title, that originally appeared in 2007 on CDr. The (remastered) CD version is expanded with two extra tracks. All tracks are named The Stellar Winds, except for the closing track which is called Continuum Radiation Force.

As expected, these recordings are every bit as dark as the previously mentioned Phelios release. A bit more haunting, in a way, because there are some heavily processed (vocal) samples mixed in for enhanced eeriness.