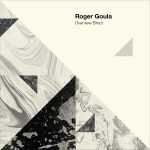 Cognitive Shift Recordings is a brand new label, focussing on contemporary classical music “that has influences and instrumentation within the genre and beyond, bridging the gap between modern classical and electronic music”. Their promising first release is Roger Goula‘s Overview Effect.

Roger Goula is a London-based composer and multi-instrumentalist working across many different platforms including film, tv, dance, theatre and art installation.
Overview Effect is his debut album release, which not only is the first album on this new label but also gave it its name.
The title refers to “a psychological phenomenon experienced by astronauts when viewing Earth from a distance, allowing them to see the entire planet surrounded by the endless black void of space. This can cause a cognitive shift (!) within the mind of the astronauts, giving them a completely new perspective of life, Earth and humanity”.

Goula’s compositions are performed by Thomas Gould, Peter Gregson, Lucy Railton and Stephen Upshaw, covering many musical styles – in fact, judging by tracks like Cognitive Shift and Overview Effect, refusing to limit itself to what is generally considered ‘contemporary classical’ music.

If this first release is a style statement for the new Cognitive Shift Recordings label, take note and keep an eye on their future releases!

Vinyl trivia:
Goula engraved a marriage proposal in Italian to his partner on the inner groove of the vinyl edition, so it can be seen on every copy. The answer to that proposal is still undisclosed. 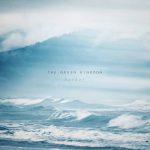 Michael Cottone (alias The Green Kingdom) “wanted this album to provide the feeling of floating on gentle and welcoming waters rather than being a refuge to hide away in. […] The reverberant guitar chords and occasional lulling rhythms are meant to contribute to the sense of calmly drifting away”.

He clearly succeeded: listening to Harbor feels like taking a warm bath and is a welcome antidote to the sad state of current times.

The album is released on the Dronarivm label, and stylistically it is different from most other releases on this  label. It certainly isn’t ‘drone’ music, and it isn’t ‘ambient’ either, although there’s a lot of ‘ambience’.
Cottone himself describes his music as “compositions which blur the lines between soundscapes and structure while keeping a sharp focus on melody, crafted using a variety of instruments, electronic sources, samples textures and field recordings”. 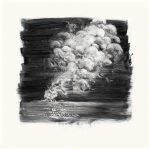 Dead Light is the name of the duo the Anna Rose Carter and Ed Hamilton formed when they moved out of ‘the sprawling metropolis’ that was London to their new ‘rural refuge’: a quiet, remote space in the countryside.
Their new peaceful surroundings are reflected in this music, but there’s also a sense of dislocation underneath the beauty – which can especially be heard in the out-of-tune resonances of Carter‘s old (prepared?) piano. Or in the ghostly samples accompanying the singing voice in Sleeper.

Dead Light is an album about “two conflicting sentiments that co-exist in a somehow beautiful, bitter-sweet relationship: the reality of this new setting an apposition between the serene nature of their new life, and the dislocation from the lives, people and places that they left behind.
Their sound is characterised by distant and reflective, yet intimate and emotive piano motifs coupled with a plethora of analogue artefacts ranging from loops constructed on cheap old tape machines, tape delays (via daisy chained reel-to-reel machines), homemade synthesisers, contact mics and hydrophones.”