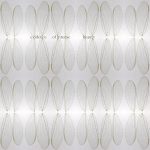 The Audiobulb label succesfully proves the existense of intense beauty with the release of this compilation of ‘pioneers in the field of ambient microsound and modern classical’, each selecting a track that ‘represents their conceptual sense of beauty’.
Among the list of contributors are Clem Leek, Wil Bolton, Sawako, Taylor Deupree, Autistici, Richard Chartier, Ian Hawgood, Marcus Fischer, Monty Adkins, Antonymes, Listening Mirror (– to name only a few) .

“Beauty” is different for everyone of course, it’s in the eye of the beholder. But this music is specifically targeted at an audience that “actively engage with music and who want to be taken on a journey”.
“Each track takes the ingredients of minimalism coupled with a strong sense of tonality to produce a slowly evolving narrative.” And for that audience, this equals beauty indeed.

With a clear conceptual vision like this, the  17 tracks (98 minutes) are not only ‘evidence of intense beauty’, but also proof of the label’s consistent quality. 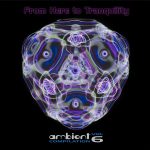 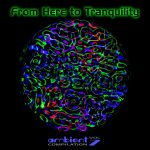 If you were into ‘ambient’ music in the 90’s, you’ll probably know the Silent (Records) label. If you discovered the genre later, you SHOULD know about the label, because it was hugely influential and set many standards in experimental electronics. Its founder and curator, Kim Cascone, left the label in 1996 to work as a sound designer for Thomas Dolby’s Headspace organisation. Without him, the label slowly disappeared until it finally shut down in 1998.

Early 2016, rumours emerged that a ‘renaissance’ was to be expected. One important part of this resurrection is the dedicated Silent Channel webstream on the famous Soma FM internet radio station, playing selections from the Silent catalog.
Another is the release of these two compilations: part 6 and 7 of the From Here To Tranquility series. Part 6 (16 tracks, 104 minutes) is available in a 2-CD version or digital download, while Part 7 is a download-only release because with its 24 tracks running 165 minutes it’s simply too massive for a physical edition.
Both editions are divided in a Light Disc and a Dark Disc, which is some indication about what atmospheres to expect.

“We shade our ambient in sound colors light and dark. Signals in and out of the calm and stillness of what is left unsaid. Treasured roadmaps. Coded experiments. We retouch the mindset of the past and turn to the future.”

The ‘renaissance’ collection simply picks up where the label left, with a lot of references to the original 90’s experimental ambient style while at the same time looking forward into new directions.
Although it is divided in two editions, it feels to me as one huge collection that immediately places the Silent label back in the forefront of experimental ambient music.
Welcome back, Kim! 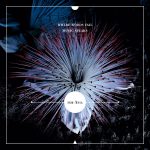 A sad cause triggered fund-raising charity release: it is intended to help cover the cost of treatment of Ania Mehring, who was diagnosed with Sarcoma Synoviale, an exceptionally malignant tumor.
Ania is the wife of Maciej Mehring, founder of the Zoharum label – a label regularly featured on Ambientblog. Santa Sangre Magazine curated this massive 7 1/2 hour compilation (digital download-only obviously), for which many friends and related artists provided a previously unreleased track.

There are many obscure performers (at least for me) on the list, but many well-known artists too: Robert Rich, Biosphere, Troum, S.E.T.I., Machinefabriek, Phurpa, Cindytalk, Alio Die, Mathias Grassow, Dirk Serries and Celer – the latter closing the album with a beautiful warm and comforting 59 minute track called The Rest Remembered.

The majority of the 62 tracks are (experimental) ambient and drone tracks. Understandably, this is not a happy-go-lucky playlist: most of the music is dark and ominous, with a range from quiet calm to deafening noise. There’s a section of industrial and ‘neofolk’ tracks too. This set may seem a bit of an odd detour from the ambient selections – but they are clustered together (track 17 – 32) so they can easily be isolated to a full album – a collection within the collection.

Even if you probably won’t like all of it, there’s enough material to select a few hours of fascinating music for everyone (well, almost everyone). That’s a good enough reason to pay EUR 9.99 for this set. An even better reason is knowing that you support a good cause buying this album: help Ania get her necessary treatment and help her get better!