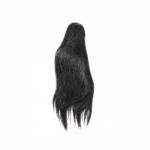 The New Blood compilation offered a sneak preview of Resina, one of the 130701 label’s new artists. Resina, referring to the Latin Resin – ‘the blood of the tree’, is the alias of Karolina Rec from Warsaw. She’s a cello player that has been active in the Polish independent music scene since the late ’00’s, featured on many albums and soundtracks (that are probably unknown to the non-Polish audience). She also played in the Polisch Chamber Choir, familiarizing herself with the works of Penderecki, Górecki and Lutoslawski. After finally sending in a demo, 130701 eagerly invited her to release her debut album.

There are a lot of cello-centered artists and albums in the experimental/improv/modern classical scene, but Resina definitely adds her own personal style, referring to ‘the landscape-rooted drone of English composer Richard Skelton’ as well as ‘Werner Herzog’s musician of choice, Ernst Reijsiger’.
Her music is the result of experimenting with the instruments and electronic tools, and often conveys ‘a simultaneous feeling of beauty and enxiety (at nature’s power and unpredictability)’:

“I try to take people to some places – but where particularly depends on them, their needs and experiences”

Resina‘s purpose was to ‘cross beyond comfort zones, break free from academic instructions and challenge herself to find other ways of expression in the instrument’.  She clearly succeeded! 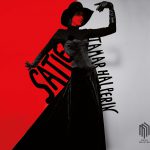 Most of the music by Erik Satie, and especially his piano works, have become a part of our collective consciousness. So, if one wants to release an album with his music, one faces the challenge of finding a different angle in the performance, or present a new vision on his work.
As Tamar Halperin,  Israeli pianist and harpsichordist, explains:

“In 1925, after Satie’s death, his friends entered his apartment and were amazed to find there, in addition to a large number of umbrellas ans an astounding scene of chaos, two grand pianos, stacked one on top of the other. The musical equivalent of this image, it seemed to me, would be the overdubbing of one piano recording over another. Many of the pieces in this album were recorded this way: first the bass part, then the melody, and often – on top of the “two pianos” – I added harpsichord or glockenspiel, a Hammond organ or a Wurlitzer, and of course a computer. Imagine the mess in old Satie’s apartment had he been living today!”

A humoristic approach that Satie probably would have approved, I guess. But it’s not just ‘funny’, because it works very well and perfectly fits the music. After all, Satie himself was one of the first to blur the lines between ‘classical, art music’ and non-classical, popular styles.
Apart from that, the added layers are well-dosed: sometimes exuberant, at other moments (like in Gymnopedie 1) more restrained.

The (respectfully packed) CD-version of the album contains a booklet with Halperin’ annotations for every track. 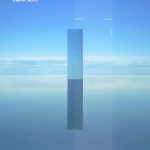 And while we are on the subject of classical music in different contexts, we definitely need to mention this release. A surprising duo: (Murcof) Fernando Corona teaming up with award winning classical pianist Vanessa Wagner to present an impressive playlist of contemporary classical compositions, each reworked in a jaw-dropping instrumental dialogue of piano and electronics.
Maybe the duo’s not as surprising as they seem: both have classically trained musical background so they know exactly what they’re doing here.

The selection features works by  Arvo Pärt, György Ligeti, Erik Satie, Morton Feldman, Valentyn Silvestrov, John Adams, Philip Glass, and -somewhat surprising- Aphex Twin.
There definitely will be classical music purists that shudder when they hear the instrumentation, but even they will have to admit that all of these compositions are treated with the greatest respect. And ‘treated’ they are: Murcof paints the surrounding environment with all kinds of electronic textures, while Wagner‘s subtle piano remains the main link to the originals, and prevents the album from drifting of too far into the unknown. They do not aim to shock, the original beauty remains preserved, yet in a certain way, these are very radical interpretations.

At some moments (especially the vocoder section in Silvestrov’s ‘Farewell, O World, O Earth’) I was warped back to 1968 when Walter Carlos‘ revolutionary album ‘Switched on Bach‘ album went straight up to #1 in the classical charts. Times were different then: no-one had heard those strange synthetic sounds of the Moog synthesizer before. It was a ‘gotspe‘ and a revolution at the same time.
Almost 50 years later, Statea cannot hit thát hard any more, because today everyone is familiar with the sounds of synthesizers and a lot of music and experiments have passed since 1968.
But still, this album takes classical reinterpretations to a whole different level because of its daring instrumentation, its selection of works, and the careful balance of ‘electronic’ music with acoustic piano.