JAMES MURRAY – THE SEA IN THE SKY
The Sea In The Sky is James Murray‘s sixth solo album (or seventh if you also include his collaboration with Anne Garner on their magnificient Be Life earlier this year).
While often abstract, his music is also very personal: dream-like, immersive drones unhiding a distinct melody (which may sound like a contradiction, but it really isn’t), electronic as much as acoustic,  never dark but focussing on etheric beauty instead.

All these qualities prove to be a perfect combination for picturing ‘the skies above’:
‘Ever-changing, unpredictable, suffused with esoteric patterns and directed by unseen forces, these oceans are a vast, dreamlike seascape of surreal dimension and spectacular, impossible beauty.’ 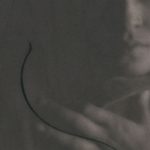 OFFTHESKY – THE SERPENT PHASE
Jason ‘Offthesky’ Corder’s ‘Serpent Phase’ has been five years in the making. It was originally conceived with the aim to create a series of piano sketches, taking recordings from Chicago, Switzerland, England, Canada, Colorado and Kentucky.
Other instrumentation was added later: vibraphone, guitar, synth, drums, vocals (Pillow Garden), violin (Julie Slater) and – of course – some textural field recordings.
The collection is contemplative and very atmospheric, but it is up to the listener to give it a deeper meaning: they “allow us to explore the religious, spiritual and moral connotations of dark and light periods in life.” 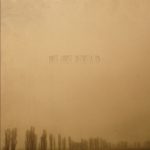 MUTE FOREST – DEFORESTATION
“Deforestation” is not exactly a positive connotation, and if the very first vocal line is “I lie by your grave…”, you know this isn’t going to be about a happy day experience.
It’s a fundamentally unnerving theme: returning home to find things are not how you remember them to be. To find your childhood forest is slowly dying:
“In a seemingly ceaseless acreage near his childhood home in the Rockies of Colorado, Kael Smith takes a deep breath and listens critically to the forest. It is not the same sound he remembers as a youth, when he’d disappear for hours deep into these woods. No, the sound he hears today is unfamiliar and vapid. Muted, really. Since Smith’s departure to the city of Denver, the Mountain Pine Beetle has moved into these woodlands and decimated the trees; devouring their insides and leaving empty husks in its wake.”
Though the instrumentation, with its elements of minimal electronic, ambient and folk, is somewhat different, the overall atmosphere of these songs is not unlike that of Boduf Songs, especially in the use of the hushed whispered vocals.
But there is beauty in depression, there is beauty in decay … and that is the kind of beauty that Mute Forest perfectly captures in these songs of loss. 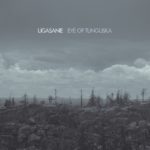 UGASANIE – EYE OF TUNGUSKA
But we know destruction does not always come from the inside. In 1908, there was a large explosion near the Tunguska River (Russia), flattening 2000 square kilometers of forest (80 million trees), but causing no casualties. The cause of the explosion is thought to be a meteor, though no impact crater was found: the meteor is thought to have burst in mid-air. For 100 years this has been the source of many scientific studies.
But such an event can also be the source of legends and conspiracy theories.
One of these inspired Pavel Malyshkin (Ugasanie) to created this pitch black and icy cold release based on a ‘strange incident in the late 1990’s:
“A group of students went hiking to to see this legendary site. They lost their way after they decided to spend the night in one of the winter huts built by hunters of the land. Their mutilated bodies were later found near an old abandoned geological base with radiation burns.”