STEVE ROACH – ETHERIC IMPRINTS
With a back catalogue boasting more than 100 releases since 1982, Steve Roach is one of the great Masters of ambient music. His output is immense: there are 6 releases mentioned on Discogs for 2015 and we’re only halfway through the year. It is also very diverse: his earlier work inspired by the likes of Tangerine Dream, Klaus Schulze and Vangelis, often returning to the sequencer based Berlin-school and modular synths – but also tribal rhythms inspired by the natural beauty of the southwest of the United States… and everything inbetween.
Etheric Imprints offers four long highly introspective tracks – ‘focusing on the essential elements of sound, silence, tone, and time-altering forms; peeling away the surface layers to reveal the subterranean strata beneath.’
The opening title track, with 29:42 also the longest track on the album, has a beautiful deep grand piano sound ‘responding to an expansive electro-acoustic environment’ immediately reminiscing the best of Brian Eno‘s installation works. On the subsequent tracks, the piano slowly retreats to make place for more dissonant notes, but the overall sound remains etheric and totally immersive. 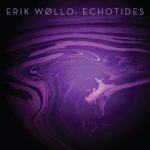 ERIK W∅LLO – ECHOTIDES
I have no idea why this is called an EP, because with the total length of 43 minutes it is longer than many other ‘full’ albums.
Possibly Erik Wøllo calls it that because he doesn’t consider this to be a ‘full’ album, but rather a collection of improvised experiments using guitars and a collection of chained pedals and devices, later enriched with sequenced synthesizer and percussion elements.
But whatever the reason, Echotides feels like a complete full album to me – and a rather nice and relaxing one too!
“The whole idea of the project was to create a sustained and free floating selection of tracks built upon interacting fragments of sound and processed textures, all blended together and forming a constant morphing endless flow.” 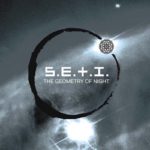 S.E.T.I. – COMPANION (+ THE GEOMETRY OF NIGHT)
S.E.T.I. is Andrew Lagowski‘s personal Search for ExtraTerrestial Intelligence.
The Geometry of Night was S.E.T.I.‘s second full album, released in 1996. It now gets a double-cd-rerelease paired with a brand new ‘sister album’ called Companion.
Both albums are loosely related thematically yet quite different in nature. Geometry of Night has that typical late 90’s sound & feel, more beat-oriented,  and more light-hearted than Companion, that has no beats and presents more abstract spacey soundscapes. Some of them (like Roxs 42Bb and Rr Caeli Cataclysmic Variable) quite frightening because they sound like recordings of extra-terrestial lifeforms trying to reach out for us.
Play loud for maximum effect! 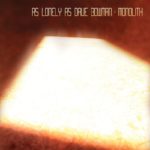 AS LONELY AS DAVE BOWMAN – MONOLITH
The project name, the album title, the track titles: everything in this project refers to Kubrick’s ground breaking sci-fi masterpiece 2001 – A Space Odyssey  (1968). ‘Monolith is a soundtrack for the final four months of Dave’s journey to Jupiter.’
2001 was (and still is) unique because of the stilistic choices made to represent life in space: no blasting spacecraft motors (‘in space, there is no sound’), and lóóng sequences, seemingly without much action, depicting the slow weightless life. This timelessness is carefully represented in the Monolith soundtrack, especially in the closing track A Long, Dark Corridor Filled With Lights. A Memory. And Then A Bright Room With Air., which is over 40 minutes long. It immediately recaptures the movie’s unforgettable closing scene.
As Lonely As Dave Bowman (Sam Rosenthal, aka Black Tape For a Blue Girl side-project) creates a fully electronic revision of the soundtrack. In that, it diverts from Kubrick’s own choices: he didn’t use electronic music or the soundtrack but deliberately chose orchestral acoustics such as the Richard Strauss waltzes as well as the frightening choir music from György Ligeti.
Like the movie that inspired it, Monolith requires a certain mindset to be fully appreciated: ‘droning space, wordless drift with long suspended passages… the album touches the edges of isolation and glacial solitude, with a discernible warm human core.’
Available as a digital download album on Bandcamp, but there’s also limited Kickstarter-funded physical editions available.