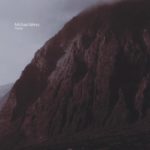 MICHAEL FAHRES – TIBATAJE
Michael Fahres is a German-born composer now living in Holland, but also often residing on El Hiero, the smallest of the Canary Islands.
Among all that the island has to offer there are some fascinating acoustic phenomena, such as the breathing rock tube formations which Fahres previously explored with Jon Hassell and Mark Atkins on his 2006 album The Tubes.
On Tibataje, Fahres explores the natural echo of the Risco de Tabataje, a mountain massif about 1000 meters high and eight kilometers long.
In fact, the natural echo box resonance of the mountain wall is the main instrument here. It is invoked by (three) drummers playing rhythmic variations based on a religious celebration, the Bajada de la Virgen de los Reyes. These  rhythms are considered sacred and protected which is why they are slightly altered for this recording.
“The Tibataje resonates, answers and sings its own song”.

The result is an unprecedented view on environmental recording – and about the opposite of the usual calm natural environment due to the frantic drumming. And Fahres does not simply leave it at that: he further eliminates the borders between what is ‘natural’ and what is ‘artificial’ by adding extra post-production effects and treatments, such as the sound of a clock or a music box, which sometimes feel strangely out of place amidst the large echoes of the mountain wall. 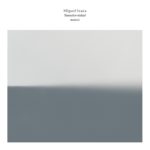 MIGUEL ISAZA – TEMPITERNIDAD
The philosopher Raimon Panikkar described the concept of Tempiternidad, ‘in which temporality and eternity are one, reflecting a notion of time but also a state of being, a path of plenitude towards the present moment in which everyday things and environments manifest eternity.”

Colombian sound artist Miguel Isaza has masterfully succeeded in transferring this philosophical concept into the soundscapes for this album – created using a laptop, field recordings (from the mountain area of Antioquia, Colombia), found objects and a few instruments (such as flute and harmonica).
The drones make you lose all sense of time, thus representing eternity, while there’s also a lot of temporal fragments calling for your attention.

“(Isaza’s…) compositional work calls for a silent activity, an attentive listening that is present in the intuitive exploration of the sonic phenomenon, exposing its subtle and textural qualities, especially those present in the perception of time scales, thus generating sonic collages between micro and macco realms which result in a reflection towards morphology, space and emptiness.”

Music cán be capable to illustrate what temporal eternity is: the proof is on this album! 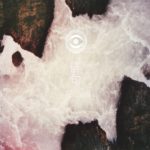 VARIOUS ARTISTS – NAVIAR SERIES 006
Naviar Records is a community facilitating artists who create music inspired by literature. There are two Tumblr projects: Naviar Haiku (‘about expanding the meaning of a poem beyond its words’) and Naviar Soundbook (‘about condensing a short story into a unique music composition’).
The results of this community are (partly) collected on their Bandcamp page, all available as a Name Your Price download.

Series 6 is a good example of the fruitful results of such a creative community: there’s not a single artist name that I recognise, but the 23 track collection offers a lot of impressive tracks, all of them taken from earlier Haiku projects by the way. The download also includes the photographic theme cards that inspired the included pieces.

Some of these tracks are also part of Disquiet Junto project #0145 (“There’s a Lifetime In” – Make a short piece of music inspired by a provided verse.)
For those that don’t know yet: Disquiet Junto is another collaboration project where artists can contribute music following a new assignment every week. The result is a wealth of (Soundcloud) tracks almost too immense to explore.

“Artists who are part of a community generally make stronger works”, Naviar Records boldly claims.
Based on this collection I think they might be right indeed. 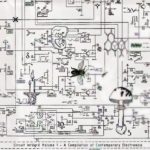 VARIOUS ARTISTS – CIRCUIT INTEGRÉ VOL. 1
The first of a new series on the Zoharum label, that will present ‘young projects working in the field of broadly-defined electronic music’. Each edition, three different projects will present their work. On Volume 1  we find Dat Rayon, NLZD.pl (with aliases FOQL and RNA2) and Gaap Kvlt.
On this volume the acts all come from the Polish experimental underground scene. Apart from Dat Rayon (their 2014 release Motor City was recommended before) the acts are unfamiliar to me. They share their love for electronic abstract experimentalism but are at the same time very different in sound.