It is a good Denovali practice to pair a new album release with a re-release from the same artists: often a release that previously was only limitedly available or very hard to find.
Here, Multicast Dynamics’ (Samuel van Dijk, Holland) newest release Aquatic System is paired with his previous release Scape, originally released in 2014 as a C44 cassette (on the Finnish label Kaukana Väijyy Ambient).

But this particular project reaches even further: Scape and Aquatic System are the first half of a quadrilogy that will be completed with another two albums later.
“The album series move from an evolutionary to a cosmological scale: starting from dry land filled with light and streams, to the constantly changing surface of the oceans, into a frozen and murky underwater world, finally up to the arrival in an interstellar space and the cosmos.” 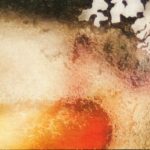 Scape is assembled with the use of analogue synthesizers, field recordings and ‘lo-fi outboard effects’.
Samuel van Dijk masterfully creates sounds that are organic and sci-fi at the same time. Although it’s a risky comparision, the result somewhat reminded me of Biosphere’s music (without the beats) – though I cannot really explain why exactly…
“Mysterious crackles, subtle hisses and washes of gloomy sounds reveal a dense approach to composition, processing and recording resulting in an introspective, ehtereal and intense listening experience.” 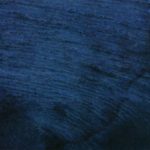 Aquatic System manages to keep up the same quality level, but -as expected- shifts its focus to more (sub-)aquatic experiences.
The tracks were composed over a period of two years, inspired by (and using processed field recordings from) locations in Finland and Fuerteventura.

Originally composed for an audiovisual performance with visual artist Emilia Kwiatkowska, Aquatic System is an album about water and the life within it:
“The (music and the) visuals illustrate the story through a series of highly atmospheric and almost tangible images.”
It starts out from a small scale, almost microscopic: you can almost hear every bubble finding its way to the water surface. From there, the journey continues “from frozen lakes, forest creeks, rotating super cells to finally arrive at the all-imposing ocean”.

Both these albums immediately grabbed my full attention on first listen: the music has that mysterious undefineable ‘extra’ … I can play them almost continuously without losing interest.
This first half of the full project set a high bar for the remaining two releases of the series, but I am really very confident that this set will become a landmark in conceptual environmental ambient music.
If I was someone making lists, these Multicast Dynamics albums would definitely end up at the top.
In other words: highly recommended!

If you are using Chromium browsers (Chrome, Brave, Edge) you may have to refresh the page a few times to see all embedded players. I hope this issue, which seems to have started in october 2020, will be solved soon with browser updates.
Other browsers (Firefox, Opera, Internet Explorer) do not have these issues.