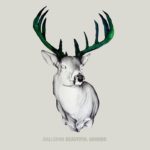 BALLERINI – BEAUTIFUL GROUND
As part of the artist residency project Bioculture (Artwalks with wine), six different artists walked more than 250 kilometers across the Italian central region of Marche, transforming their impressions into creations that will be compiled in a multimedia e-book (and an App).
During his 20-day walk, Allessio Ballerini recorded the sounds of the locations along the route to create his soundscapes later. He didn’t only record the environment itself, but also local ‘keynote’ sounds such as examples of organ craft techniques, agricultural mechanics, etcetera.
The recordings were then mixed with synth sounds as well as various ancient italian keyboard instruments.
The result is a different kind of environmental music: ‘…it projects the listener into parallel worlds, transcending the reality we experience in everyday life… showing us a new land emerging from the old land.”
It’s a mixture of ambient quietude in the beginning and more beat driven soundscapes in the latter half of the album.
The app (not yet released at time of writing: expected in May) will feature 18 tracks; for this album the same compositions are used to create six tracks. 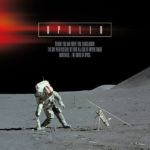 OPOLLO – STONE TAPES
Looking at the cover (which is a digipak format turned 90º sideways), you’d guess the name should be Apollo, but it isn’t. Opollo is the alias of Jaroslaw Leskiewics. His music “is a meeting place of shoegaze, ambient, sludge and drone, and all of the sounds float in interplanetary space. The lightness of sonic structure is equal to zero gravity”.
I assume the title refers to the Stone Tape Theory: “the speculation that ghosts and hauntings are analogous to tape recordings, and that emotional or traumatic events can somehow be ‘stored’ in rock and other items and ‘replayed’ under certain conditions.”
Lethbridge, who proposed this idea in 1961 “believed ghosts were not spirits but simply non-interactive recordings similar to a movie”.
There is no mention of this in the accompanying album info, but even if there is no relation with this theory at all, it gives this collection of -somewhat ghostly- ambient soundscapes an interesting new dimension! 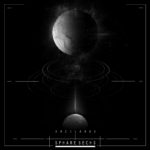 SPHÄRE SECHS – ENCELADUS
Also presented as a trip into space – “beyond the reaches of light and into realms never before explored” – is this deep drone album by Martin Stürtzer and Christian Striztel.
There’s an overload of drone albums nowadays, but some jump out above average due to their sound design – or simply because they ‘resonate’ with the listener. This one does that for me, because of its deep, well produced  and unhurried sound – somewhat reminiscent of Sleep Research Facility.
“Recorded solely on analog equipment without the use of computers. Best played on headphones or in solitude for maximum effect.” 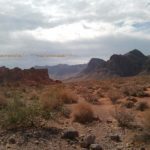 MACHETEOXIDADO – VIENTO DE LAS MONTAÑAS
Returning from space we land in Mexico, to enjoy wind coming from the mountains. It remains unclear who’s hiding behind the rusty machete alias (which, to be exact, should be written as ~~^^^macheteoxidado^^^~~: I left out the symbols for readability), we only know this is his (?) debut release on the relatively new dutch label Shimmering Moods Records.
The use of atmospheric instrumentals and prominent field recordings make this album feel like an adventure trek through an unknown, dreamy and windy landscape.
“Viento de las montañas is deeply narrative. But it is not told in normal words. Only with repeat listens can you explore this world, and you will notice new glows, murky pools, whistling wells. Then you will forget them as you notice other smoldering orbs, there, under that Oak. Then you will remember again.”