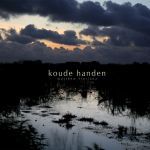 Along with two other (dutch!) musicians Machinefabriek and Michel Banabila, Matthew Florianz is one of the three “all time favourite artists” in my last.fm profile.
This obviously means I was eagerly awaiting the release of Matthew’s new album “Koude Handen” (“Cold Hands”), his follow up to 2008’s “Maalbeek“.

“Koude Handen” is presented as a free download from Matthew’s website – available as high bitrate MP3 or even as 24 bit FLAC (which, mind you, is even a better bitrate than standard CD can provide!). The album page also offers the complete artwork, as well as some beautiful promo videos.
And, to celebrate the release of this new album, Matthew also offers his previous release “Maalbeek” as a free download!

Most of the (10+) Matthew Florianz earlier albums were released through H/S Recordings. But these days it’s getting harder and harder to release a physical album, especially in the ambient electronic music field where release policies are rapidly shifting to digital album downloads. So Florianz, who earns a living as a (game) sound designer besides creating ambient music, decided to just give away this music for free.

Stilistically, “Koude Handen”  closely follows “Maalbeek”: dark, cinematographic sound sculptures, most of them related to environmental images: places Matthew grew up in (or the way he remembers them).  Nine tracks revealing different ‘images’ in which Florianz’ shows his sound/mood design skills.

Unlike a lot of other ambient albums, these are not just stretched drones. On the whole, “Koude Handen” is more fragmentary, with some surprising ‘theme shifts’ (like the sudden chord in“Wissel” ).

Over the last ten years, Matthew Florianz has managed to create a distinctive, recognisable personal style of music. His website shows he also takes great care to present his work in a way that is aesthetically coherent with his music.

With the music ‘business’ collapsing, he struggled finding a way to release his music. Abandoning the physical release, as well as the idea of making money from the music proved to be a way out.
“…since there’s no cost involved in the production or distribution of the album, there was really no reason for me to ask for money …” , he states.
I disagree a bit about the ‘no cost involved’ part. Even the simplest recording gear has a price, as well as the site hosting the downloads (especially FLAC which is about 5 times MP3).

But hey..there’s still a donate button to directly support the artist if you like his work!