“Acoustical Illusions”, a part of the “Hum in the Room-trilogy” (2005), is dedicated to the environmental sounds that sound like distant choirs or orchestras.

Sometimes when you listen to sounds in your environmental background, they may vaguely sound like a full string orchestra, or like soft whispering voices.
An orchestra tuning? Cars passing on the highway?Sound that sound different from what they really are – Acoustical Illusions.

Like the other wo mixes in this set (“Mantra of Walls and Wiring” and “The Hum in the Room“) this is a very minimal, drone-oriented mix.

And probably, you’ll also hear some sounds that aren’t even in it! 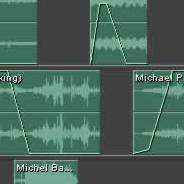 Make no mistake, when we hear pseudo-auditory hallucinations, it is a very real experience to us. One woman commented to her husband after they arrived at their hotel that she had really enjoyed the music on the plane trip. Her husband replied, “There was no music on the plane.” On the return trip she again heard the music and nudged her husband. He listened and replied, “Nope! No music!” A man related, “I would often lie half awake in the morning and hear a ‘radio.’ A guy would be talking like they did in the 50’s. Kind of a monotone voice and all the advertisements like they did back then.” One lady noted that when she was a young girl and flying with her dad in small planes, she would hear music. She described it, “The music was a full choir, rather like the Mormon Tabernacle Choir, and when I was very young, I thought it was angels singing.” “