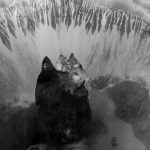 We Stayed The Path That Fell To Shadow is a Lost Tribe Sound compilation album, a benefit album supporting environmental and mental health charities:  “We hold the belief that as our surroundings improve so does our mental health.” It also marks the start of a new subscription series with the same name which will run until the summer of 2019.

As a compilation album, We Stayed The Path… is a perfect introduction to the sound of the Lost Tribe Sound label. A unique sound, merging the use of (mostly) acoustic instruments into a hard-to-define style – experimental yet also firmly rooted in (folk) music tradition. “A rustic, brooding mix of classical, folk and otherwise indescribable sound.”

Some of the artists are new to the LTS roster, like The Phonometrician, Gavin Miller and Spheruleus (Harry Towell). Others were presented by the label before: Alder & Ash, William Ryan Fritch, KJ, The Green Kingdom, Mute Forest, From The Mouth Of The Sun, Seabuckthorn and more.
Each of these artist have their very own style and approach, yet it is remarkable how their choices come together in a clearly recognisable and unique Lost Tribe Sound trademark.

We Stayed The Path… kicks off the subscription series of the same name. If you want to hear a good introduction to the sound of the Lost Tribe Sound artists this is a very good start – especially since you’re also supporting a fine cause!

So beware and note: the CD and Vinyl versions are nót the same; they contain different titles (only the Phonometrician album is released on both). If you want the complete series you will have to sign up for the CD+Vinyl package, or choose the digital download edition. Be sure to check the series website for further details.

To subscribe to a series of releases requires dedication and faith in a label’s quality selection. Those who follow the Lost Tribe Sound label, and especially subscribers to their earlier Prelude To The Decline series will probably know what to expect. But for those still in doubt (even after listening to the above compilation), there’s an introduction with example tracks  from the albums that will be released. This introduction sampler cannot be bought or downloaded: it is a is a streaming-only ‘teaser’ for the series.

And if, after hearing this, you still do not want to commit yourself to the full series, it’s good to know that the releases may also be available separately. But it’s a risk: only if copies are left, and you’ll miss the subscription discount. 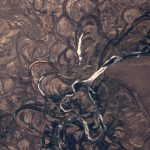 Together with the compilation, Meander Scars is the first release in the We Stayed The Path… series. Gavin Miller is known as one half of the duo Worriedaboutsatan. He also curates the This Is It Forever label.

Meander Scars are geological features that are “formed  by the remnants of winding or meandering water channels. They are caused by the varying velocities of current within the river channel. Due to higher velocity current on the outer banks of the river through the bend, more erosion occurs causing the characteristic steep outer slopes.”

Meander Scars is a more ‘acoustic’ album than usual for Gavin Miller.
On the four parts of Upper Course, Miller teams up with cellist Aaron Martin. The second half of the album presents  Lower Course: different renditions of the same pieces but without Aaron Martin. All tracks are relatively long (8-10 minutes) and take their time to unfold and create a beautiful, almost unreal atmosphere.

“The long-form compositions were constructed from a series of slow churning rhythmic guitar loops, warm noise, soft synths and distant choirs which build over time into colliding patterns of pastoral bliss. The restraint used to give the listener just the right amount of interest and to keep the music’s progression moving forward is perhaps Gavin’s greatest accomplishment” 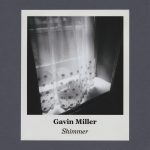 While mentioning Gavin Miller‘s music, it’s also very much worth mentioning his recent (september) release Shimmer.
It is released on ’boutique’ record label Sound In Silence, from Athens, Greece. Which means the hand-made limited (150) edition is packed in hand-stamped cardboard envelope with a polaroid style photo attached to the front.