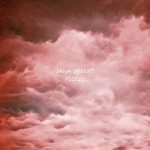 It’s no use to try to find a better description of this music than that from Tobias Fischer on the liner notes for this album, so I’ll take the easy way and just quote him:

‘Inspired by Chyngyz Aitmatov‘s dystopian novel The Mark Of Cassandra, Jana Irmert has created a metaphoric world of billowing harmonic clouds, gently crackling sounds and abstracted field recordings. All three parts of the album are marked by perpetual subtle shifts, memory turning into an imperfect compass: you can walk through the music in all directions without ever passing the same point twice.
Inside this world of concrete sounds and pure abstractions, of organic timbres and alien noises, all sense of perspective is lost: what is far can seem close, tiny sounds suddenly appear enormous.’


Flood is Berlin-based sound and media artist Jana Irmert‘s second full album, following up 2016’s End of Absence. It is divided in three parts: Standing On Breaking Ice, Silence On A String and The Sound Of The Universe Spinning, but can in my opinion best be enjoyed in one continuous session. 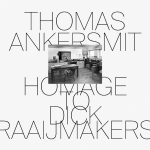 If you’re interested in the history of experimental electronic music (I add ‘experimental’ since nowadays the ‘electronic music’ genre seems to refer to a dance genre not particularly covered on this blog), sooner or later you’ll encounter the name and work of Dick Raaijmakers. He was an electro-acoustic researcher  working in the Philips Natlab research center (his Kid Baltan alias is in fact Dik Natlab reversed), producing some of the very first electronic (pop) music in the late 50’s and 60’s, and assisted Edgar Varèse in assembling the famous Poème Électronique for the 1958 Expo. He also co-founded STEIM: STudio for Electro-Instrumental Music. In his book The Method, he describes how motion, cause and effect and their perception are interrelated.

It is exactly thát which is clearly demonstrated in Thomas Ankersmit‘s Homage to Dick Raaijmakers: ‘With his homage Ankersmit re-contextualizes Raaijmakers’ ideas about electric sound, composition, and spatial experience’.

Ankersmit‘s advice is NOT to listen with earphones (which I ususally do), but on speakers, and relatively loud, because of the inner-ear phenomena triggered by the sinus waves from his Serge synthesizers. “With this phenomenon, the listener’s inner ears actively generate sounds that don’t exist in the recorded signal, and which can change with a small movement of the head.”

The effect (also explored in detail by Jacob Kirkegaard on his Labyrinthitis) is indeed spectacular. The sound changes with every movement of the head or a change in position, and is partly dependent on the acoustics of the room it is played in.
I literally checked if (and why) there was sound coming from the back speakers of my surround set… but of course there was none: this is a stereo recording. Still it sounded to me like it was a full surround sound set!
Homage to Dick Raaijmakers feels like a physical experience. Which is also why this piece may not be to everyone’s liking: it requires a dedicated listening session and fully takes control of the environment. Not exactly your average ‘ignorable background ambient’ set, but a very rewarding and fascinating aural experience …