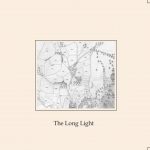 The Long Light is another alias for The Glimmer Room, which in turn happens to be a person named Andy Condon.
“The Long Light is you on a day when nothing really matters. Those days you are free from the grind, days you embrace the rising sun and bathe in its warmth, existing carefree until the opposite horizon claims her for itself.”

With that mission statement, The Long Light perfectly describes what to expect on the 38 minute single track Hiraeth: carefree music like a warm sun bath.
But there’s another layer too, disclosed by the title: Hiraeth is an old Welsh saying that basically means ‘a longing for a home you can never return to, a home which may never have existed at all’. A bit like the Welsh version of Saudade from Portugal.

A carefree sun bath on a day where nothing really matters, while at the same time an elusive feeling of something that is missing …. those are definitely not mutually exclusive – as is demonstrated in this (download only) release from The Long Light. 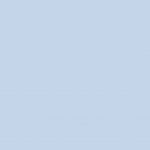 Three separate parts of a series of releases inspired by and named after locations of large radio telescopes.

Plains of San Augustin is inspired by the site also known as the site of the Very Large Array (VLA) in the San Augustin Basin of west-central New Mexico. The other two are referring to Chajnantor (in the Atacama Desert of northern Chile) and Arecibo (in Puerto Rico).
These areas, their vast scale and their fascinating quest into outer space, have often inspired (ambient/electronic musicians). The plains of San Augustin perhaps more than the others since it is also reported as the site of a UFO crash landing in 1947, an event that is thought to be connected to the Roswell UFO incident.

While each composition has its own specific emphasis, all three are connected by the compositional process. The 30 minute tracks are mostly very calm, relaxing, exploring the surroundings to see what it finds.
Reese Williams does not let things get too ‘outer-spacey’: he firmly keeps control while still ‘free-floating’.