I could easily fill all of this blog with Machinefabriek/Rutger Zuydervelt releases. Blink twice and the release pages (solo/collaborations) will probably be updated with a new title. And, contrary to what you might expect with such prolific output, each release promises different surprises and thus deserves attention.
Time for a roundup of some recent releases: 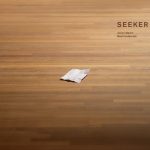 Aaron Martin (cello, banjo, organ, ukulele, vocals) and Machinefabriek (electronics, processing, editing) have worked together before (on Cello Drowning, 2007). The tracks for Seeker were originally conceived for a dance piece by choreographer Iván Pérez called Hide and Seek.

The CD album version presents the (reworked and refined versions of) the original sketches that were created in preparation for this choreography. A remarkable combination of sounds covering a wide spectre of emotions – from gritty  and noisy electronics to smooth vocal arrangements and organic folky strings… and many things in-between.

Included with the CD-version (and with the digital edition, of course) is a download of a 53 minute continuous remix of these pieces. This is what became the final score for the choreography.
This continuous mix is a perfect example of the added value of a good mix: take the original tracks (which are good enough to be played on their own, make no mistake about that), put them in a different order and they will tell a completely different story. Context is everything. You’ll recognise the tracks, but still it feels as if the mix is a completely different album from the version with the separate tracks.

Seeker has waited to be released for more than two years. It was intended to be released on a different label but it was postponed for many reasons. Finally, Dronarivm came to the rescue… and we definitely should thank them for doing so. 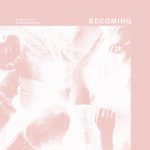 The collaboration with choreographer Iván Pérez became a fruitful one: after Hide and Seek more Machinefabriek scores would follow.  Becoming is the fourth product of their fruitful collaboration (following Attention The Doors Are Closing and Exhausting Space).

What was new for this particular production was that the score was produced live instead of using pre-recorded material. During performance, the dancers and the musician (Rutger Zuydervelt) have a real-time dialogue and so each performance is different.

“The choreography and music were created simultaneously, rehearsing together, and developing a movement and sound ‘vocabulary’ for the piece. The end result is structured, but still leaves a lot of room for improvisation in order to keep a natural flow. “

The CD release of Becoming is a ‘studio version’: a 40-minute piece edited from sounds recorded during the rehearsals. Again, Rutger Zuydervelt guides the listener through a landscape of contrasting extremes: from distorted noise that sets the listener in full alert mode, to dreamy drones and angelic choirs performed by Mariska Baars (soccer Committee/Piiptsjilling).
To illustrate the way each performance can vary, the CD/digital edition includes a 46 minute live version recorded at the première performance of Becoming in Bassano del Grappa, Italy. 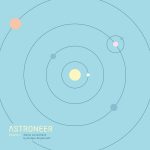 Exactly one year after the Volume 1 release of the Astroneer game soundtrack a follow-up is released, simultaneously with a major game update. In the game, the music plays continuously and reacts interactively to the player’s decisions.
But for the CD/Download-release the eighteen tracks are presented as separate compositions. They are an addition to the 26 tracks of Volume 1, so that’s quite an impressive soundtrack altogether!

Astroneer shows Machinefabriek at his most playful. Like on Volume 1, the synths have a retro sound that matches the games physics. Relatively short tracks, most of them quite light-hearted (except of course when danger or caves are involved).

Compare this release with the previous two and the one below, and you’ll probably find it hard to believe that these albums were created by one and the same person! 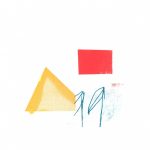 MACHINEFABRIEK & SARAH PAYTON – WHAT IT SEEMS TO BE

What it seems to be (Dutch: Wat het lijkt te zijn)  is a collaborative project for an installation by Sarah Payton:  a temporary artwork near the Buiksloterweg in Amsterdam.
It is a viewer made of concrete and rusting steel. When you look into the viewer you do not see the surroundings but watch a video with images of the city. You won’t find it there anymore: the installation has moved to different locations near the shores of the IJ until the end of october, and its current location is unknown. But we still have the soundtrack, thanks to the Dauw label.

With a beautiful and relatively soft-focused Machinefabriek‘s soundtrack, Sarah Payton  tells stories “about things, such as a journey to another country, the properties of water, and the Wizard of Oz. Of potatoes, immigrants and homeless men that she encounters in the city. Threaded throughout is the search for a story in which everyone in the city could feel at home.” 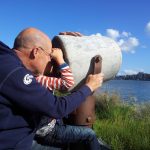 For some reason I personally have concentration issues with spoken word performances – the same reason why I cannot listen to an audiobook: after a few minutes I hear the voice but not the meaning. I hear but I don’t understand – the voice has become an instrument and could’ve very well been a trumpet or any other solo instrument. Still, Saray Payton has a nice voice, and her observations are definitely worth concentrated listening.

The cassette release (or digital download) contains the original installation version (spoken) as well as the instrumental version on the B-Side. It is another example of Rutger Zuydervelt‘s versatility: no abrasive noise here but a soft, gentle, piece. Music that fits Sarah Payton’s contemplative observations about the world around her like a glove.