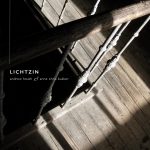 Regular readers will know Anne Chris Bakker‘s name from his contributions to the various Kleefstra brothers album, ánd of course from his solo albums. Titles that may unfortunately have reached only a small cult audience but are among the best of introvert, unhurried (semi-)acoustic ambient music.
After meeting Andrew Heath when playing live at the Resound festival in the UK, the two decided to work together. After a week of inspired improvisation in the north of the Netherlands – ‘gathering field recordings, composing and cycling’, the recordings were edited into the four tracks of Lichtzin (a difficult word to translate, but I guess sense of light comes close) – which is now released as a CDR on Chihei Hatakeyama’s White Paddy Mountain label.

It’s easy to hear why these two musicians get along so very well. Their music develops in such an unhurried way that they help you loose your sense of time.
‘Half-glimpsed melodies’ are embedded in the immersive drones. This combination is what makes this music stand out: like the best of Brian Eno’s soundscapes this music avoids to impose obvious emotions on the listener. It is neither dark nor light – it just is, it is what it is. I guess that must’ve been influenced by the cycling tours through the Frysian landscapes: it is music that feels like a natural environment.

‘Pause and contemplate’- a much needed advice for the hectic and hurried times we live in. 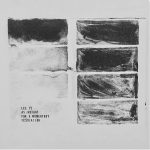 LEE YI – AN INSTANT FOR A MOMENTARY DESOLATION

His name may suggest otherwise, but Lee Yi comes from Málaga, Spain. He is a jazz musician (guitarist) also focusing on composing ambient/electronic music. A somewhat obscure artist perhaps: no mention of him at Discogs, however his Bandcamp page offers six previous titles since 2013.

The title prepares the listener for some desolate sounds. This album deals with a topic many will recognise – not a political issue but environmental disasters: it ‘describes a place devastated by the natural reactions of these days… how beauty can corrupt us by desecrating what we love… Nature can be as cruel as beautiful. Immense and tenacious!’
With all the hurricanes, floodings and raging fires going on this clearly is a present-day topic.

This definitely sets the mood for listening. And sometimes, the desolation is inescapable (like in Incertae). But at other moments, what this music tells you is entirely up to your own mood. Imagine yourself a different concept and probably the music will wrap itself around it. It can be desolate, but it can also be soothing.
It all is in the Ear of the Beholder, I guess.

The physical edition of this album is available in two editions: Litography + Interior Engraving Deluxe (only 20 copies, so probably sold out on pre-orders) and Lithography Standard edition. Digital download also available.