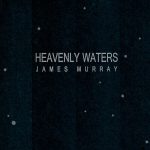 His tenth album since 2008, and the third title in 2017: James Murray is feeding us a steady flow of quality ambient music. In recent years his name became more and more familiar because of his personal style, exquisite production and recognisable sound. But this does not mean he just keeps repeating himself.

On Heavenly Waters, Murray explores a sound that is somewhat different from that on his earlier releases. Hard to tell what it is exactly, but I feel that he chose for a more -let’s say- ‘scientific’ sound (by which I mean more electronic, industrial, machine-like) as opposed to the earlier earthy organic, guitar-based (?) sound. This is emphasized by including different sound artifacts, loops and glitches  that suggest machines at work autonomously. At some point in Equuleus I even thought I heard the the usually unwanted click-glitch that you will probably recognise if you ever burnt your own CDs on the wrong speed.
But not to worry: they are all added deliberately. It stíll is a genuine James Murray album, but in a somewhat different context.

Whereas many previous album titles  almost all referred to earthly matters (Floods, The Land Bridge, The Sea in The Sky), Heavenly Waters refers to one of the astronomical constellations as described by Donald H. Mentzel in his A Field Guide to the Stars and Planets. The Heavenly Waters constellations (also knows as Cosmic Waters) are all associated with lake, river, sea creatures and ship … which in fact connects outer space to the previous earthly themes.
(And yes, I had to look all that up too, but I must confess the Wikipedia page did not explain much for me apart from the fact that there are no less than seven óther major constellations that probably each deserves its own follow-up album…).
Each track title refers to one of the sub-constellations within the Heavenly Waters constellation: Delphinus, Equuleus, Eridanus, Pisces Austrinus, Carina, Puppis, Vela, Pyxis, Columba.

Check these links if you’re interested in the astronomical details of the constellation that were the inspiration for this album.
But – maybe even better – just dón’t check these links but simply let the music on this album take you into the deep realms of outer space… 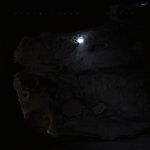 I would have loved to thematically connect James Murray’s ‘Heavenly Waters’ to Kassel Jaeger‘s “Aster”.
But I don’t think that there’s a connection, apart perhaps from the fact that some titles also refer to the stars (Set The Planet On Fire, You’ll Get A Star and L’Etoile Du Matin). And with a little bit of fantasy (and your eyes half-closed) the album cover (designed by Stephen O’Malley) could also be an image of some distant constellation of stars.
But however different they are, I still think these two albums fit together musically.

According to the liner notes, Kassel Jaeger (François Bonnet, current artistic director of the Groupe des Recherches Musicales) is one of the “premier explorers of electroacoustic mystical music, inheriting the wisdom of past masters (such as Pierre Schaefer) whilst forging a signature style of his own.”

The nine tracks on Aster present some recent recorded work as well as ‘works of revisits and reworkings”: “deep music replete with dark ambient sonorities swirling amongst intense buzzing tones.”
In fact I have little to add to that description…

The buzzing tones create layers of (seemingly) familiar sound environments – a distant hint of a melody slowly evolving almost hidden away in the soundscape layers. At other times there are sounds that don’t have that kind of familiar references  (like Un Autre Archipel, or Uminari), introducing an otherworldy kind of musique concrête.

Kassel Jaeger is a master of creating complex sonic atmospheres in the tradition of his earlier masters – but without becoming too academic about it.

BTW – There’s a remarkable difference in sound intensity between the tracks, which mean this album is not particularly fit to be played continuously in the background. Compare, for instance, Ner with Uminari immediately following it. This album is clearly meant for dedicated listening, not to fall asleep to!