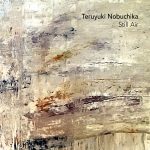 The third album by Japanese electronic musician and soundtrack composer Teruyuki Nobuchika is released on the Oktaf label.
As a sound designer and composer for a multitude of (Japanese) TV dramas and movie soundtracks, he’s experienced in creating different moods and atmospheres in relatively short tracks.
His skills are convincingly displayed on this multi-faceted album, featuring “electronic abstractions and classic sensitivity influences in a minimal ambient music context”.

With eight tracks and a total playing time of just under 28 minutes, the only downside I can think of is that it is much too short. No doubt there must be much more where this came from! 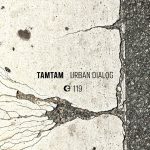 If your association with ‘Field Recordings’ and ‘Environmental Music’ is that it are recordings from the environment presented in the most authentic way possible, preferrably without alteration of any kind, then this 50 minute soundscape is an obligatory listen. And doing so is without financial risk, since it’s a Name Your Pice download.

The environmental sound recordings are taken from different urban situations, restructured and merged with a set of bass sounds and playing techniques.
“The piece is considered finished at the moment it can be performed in one take”.

Urban Dialog is an environmental symphony, a soundscape where there is no difference between music and sound. It simply is both at the same time.
The hectic soundscapes of everyday city life are transformed into an pleasurable urban symphony. 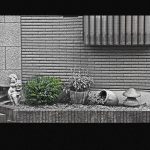 The album closes with a 20 minute drone track by Silentwave (Nogushi Yoshinori from Yokahama, Japan). An improvisation aptly called Night Wave, which is considerably darker -by design- but still a very comfortable way to spend the night.