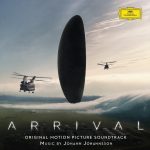 For his score for Arrival Jóhann Jóhannsson takes a surprising step away from the neo-classical composition such as recently displayed on his Orphée album, venturing into more ominous abstract territory matching the movie’s subject.
The difficulty of translating alien communication is reflected in the music by the singers using no text, only vowels. The tension can be felt in every detail of every track.

For his score, Jóhannsson was able to work with some well-respected artists like the Theatre of Voices (conducted by Paul Hillier), Hildur Gudnadóttir and Robert Aiki Audrey Lowe (aka Lichens).

I haven’t seen the movie (yet), and based on the description the story will probably be incomparable to that of 2013’s Under The Skin, but there are many moments in the soundtrack that I find the music is equally intense and has the same chilling effect Mica Levi’s score had.
Mysterious, Eerie, Ominous… After hearing the soundtrack, you’ll probably want to go to see the movie too.
But even without having seen the movie, this is a soundtrack that is pushing the boundaries of movie score traditions.

Considering the strength of this soundtrack, it seems a weird choice to feature a Max Richter composition (In the Nature of Daylight) as the movie’s signature piece. Not because it’s not a beautiful piece, but it feels a bit secondhand after originally appearing on The Blue Notebooks (2004) and having been used in at least four other movies (such as Shutter Island, 2010).

But in the end it doesn’t really matter: even without the Oscar nomination, this is simple one of the best soundtracks of 2016 (and a large part of 2017) you’ll find! 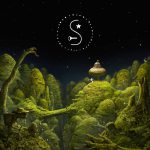 With the video game becoming a big industry, the attention that goes into their soundtracks has grown too. Soundtracks are no longer scored strictly for movies. The sound design for interactive video-games has become as important as its graphics design.
Composing for an interactive video game has some extra challenges, since the story isn’t linear in most cases: there are different routes a player can take, but the continuity must not be broken.

Samorost 3 is a game created by Amanita Design, creators of the award-winning Machinarium.
I’m not a gamer myself, so I cannot tell you about the ins and outs of the gameplay (other websites can do that), but from the short game preview (below) one can tell that Amanita has gone through great lengths to create a beautifully detailed fantasy world:

The same can be said about the soundtrack, composed by Tomáš Dvořák (aka Floex) – clarinettist, composer, producer and multimedia artist from Prague (Czech Republic). He claims to have spent at least two-and-a-half years on this project, creating the sound design, sounds and expression of the characters, the environment as well as the musical dramaturgy.
And this shows in the quality as well as the quantity: with 23 tracks and 77 minutes the album fills up and entire CD (or double LP).

“Floex’s favourite and leading instrument – the clarinet – appears, as does the flitting between the genres – experimental levels that easily sail into the ambient or the downtempo.”

The music is as diverse as the seven different planets the story takes place on; it’s an engaging collection to listen to even without having played the game. It draws from many sources and manages to be refreshingly original and to avoid the cliché’s of contemporary modern classical soundtrack composing. 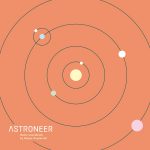 The objective of Samorost 3 may be largely the same as that of System Era’s Astroneer: both games are about travelling to unknown planets and discover alien worlds.
But the design choices are fundamentally different, as can be seen from both introduction previews.
Whichever style you prefer is simply a matter of taste. You can even like both of course, each for his own quality.
The soundtrack of these games are perfectly aligned with these design choices.

Astroneer is Rutger Zuydervelt‘s first game soundtrack and will probably come as a surprise for those following his earlier work.
Using his own name instead of his Machinefabriek alias often (but not always) indicates a difference in music, too: somewhat less abstract, more ‘formally composed’ new music. The closing track, Starting Scene, is an exception to this since it is an adaption of the Machinefabriek track Wold.
Also, the fact that this is a collection of short, pointy compositions is one of the surprises of this 26-track album (16 on CD, 10 extra tracks with the additional download because they were finished later).

In line with the game graphics, Rutger chose to use a relatively basic, synth sound palette for his compositions. It’s not 8-bit music – that would have been a few steps too far in relation to the visual design – but the overall sound is definitely ‘retro’. No full-scale string ensembles here, no wide-screen symphonic cinematics, but a sound design firmly supporting the game physics.
The collection features the game’s main themes as well as a lot of atmospheric soundscapes with titles like Danger, Exploration, Gathering indicating their context.

Rutger ‘Machinefabriek‘ Zuydervelt, one of the most prolific artists in the world of experimental electronics, never fails to amaze with every new direction.
“And now for something completely different…” must be his basic life motto. 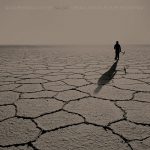 I don’t think that Adam Bryanbaum Wiltzie needs any further introduction, but for those new to his name: he is one of the driving forces behind The Stars of the Lid and A Winged Victory Of The Sullen – one of the founding fathers of ‘orchestral ambient’.
The music of the Stars of the Lid and – even more- AWVftS  has always been extremely cinematic, so it was only a matter of time before there would be an ‘official’ soundtrack releases based on their way of composing.

Stars of the Lid always presented the most abstract minimalist version of the acoustic ambient music. Compared to their work A Winged Victory For The Sullen always was more accessible.
Salero even takes this a step further and will feel familiar to those familiar with the works of Max Richter, Johann Johannsson and the likes.
But the musical ingredients that make up for the specific ‘Adam Wiltzie sound’ are easily recognisable: the string ensemble, the guitar, the electronic dub background effects.

In 2010, Wiltzie’s Stars of the Lid partner Brian McBride scored a (beautiful) soundtrack for  the Effective Disconnect documentary, but if my memory serves me correctly, Salero is the first ‘full’ soundtrack scored by Adam Wiltzie (please correct me if I’m wrong).
It certainly won’t be the last: apart from A Winged Victory For The Sullen’s soundtrack for Iris, the beginning of 2017 will also premiere Alexandre Moors’ ‘The Yellow Birds’ , with another score by Adam Wiltzie. 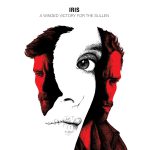 While Salero is Adam Wiltzie’s  solo score, the soundtrack for Iris is scored by A Winged Victory For The Sullen which means it is written by Adam Wiltzie and Dustin O’Halloran.
When director Jalil Lespert heard the music of AWVftS, he immediately knew that that was the music he wanted for his new film. And so, Wiltzie and O’Halloran got the opportunity to “explore more analogue electronic experiments as well as working with a large string ensemble (a 40-piece string ensemble), to create something that felt very modern and still cinematic”.

The first sessions for this recordings were some modular synth sessions recorded in Berlin. The combination of these modular sounds with a full scale string ensemble is a perfect match for a “script with tension, sexuality and darkness”.

If you’re familiar with their previous recordings you will hear the AWVftS sound trademarks all through the score. Their music has always been more accessible than the extreme minimalism of Stars of the Lid.
But even  compared to their own previous albums (AWVftS and Atomos), Iris takes this a few steps further.  Which brings this soundtrack somewhat closer to the many other modern classical soundtracks that are currently released.

The physical release of the album presents a set of 41 minutes (selected from the original 60 minute soundtrack); the digital download has some interesting extra bonus tracks: Part 2 and 3 of Adam Wiltzie’s The Endless Battle of the Maudlin Ballade (originally featured on the Travels in Constants series #24), and four tracks by Petite Noir, dOP, DJ Pone and The Shoes feat Thomas Azier that are featured in the film.