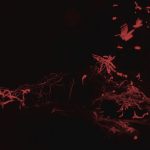 Svarte Greiner is the solo project of (Deaf Center’s) Erik K. Skodvin. The music on his latest release was originally composed for an installation by Marit Følstad, and is presented in two tracks: The Marble and Garden. With 21:53 and 19:20, the tracks have the perfect length for a vinyl release (there is no CD release planned, only vinyl and download) – but for those of us more digitally inclined some of the nostalgic crackles and pops are included in the mix.

The two slow-paced soundscapes are rather gloomy and dark.
In The Marble “a feeling of weightlessness covers the ground while empty space surrounds you in an embracing yet uneasy way. Time gradually illuminates several stages of light and dark before revealing a desolate wasteland filled with electric organisms”.
The suspense is intensified in the first half of Garden, with its increasingly loud metallic blows. When the drone of undertones slowly decays and morphs into its overtones, the nightmarish feeling retreats and peace returns. Somewhat.

This is soundscaping at its very best and perhaps even most intense.
Or, as the Miasmah promo text states so beautifully: Svarte Greiner‘s approach is ‘like the word Teriffic’s amelioration: developing from Terrifying over Intense to its modern understanding in a little more than two centuries – a metamorphosis re-enacted within a single recording.” 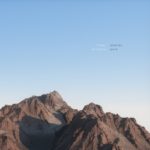 For his third album (and second title for Denovali), Franz Kirmann (one half of Piano Interrupted) uses sonic material that was created for his soundtrack of “Hyper Trophies” – a 2012 multimedia installation by Berlin art studio Zeitguised.
Using all kinds of sound sources (‘fragments from YouTube recuperated advertising, mangled pop samples, speech synthesis programs or digitally recreated ethnic instruments’), Kirmann creates an environment that is “made of ‘sonic junk’ that may feel abstract or alienating but also vaguely familiar”.

While all the pieces are rather abstract, without any traditional structures, ‘forcing the listener’s attention to focus on the physicality of the sound rather than any melodic, harmonic or rhythmical content’, there are two balancing extremes: calm on one side, harsh on the other. But all are crossing the line between the ‘real’ and the ‘virtual’.
Ultimately, Elysian Park reflects the search for a better, more peaceful place. 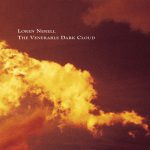 To protect myself from overload, this blog focuses on new and recent releases, and skips re-issues (sometimes with pain in my heart).
But there are exceptions, and this is one.
On the other hand, one could argue that this is a NEW release, since the original 1999 release with the same title only featured 4 tracks with a total length of 22 minutes. AND it has been long out of print!
This 2016 edition, however, is 69 minutes long and is extended to eight tracks. AND it’s available!

What may be even more important is that none of these tracks show any sign of age. This is classic fourth world ambient music, merging Indonesian Gamelan sounds with electronic soundscapes.
Loren Nerell, who has a master’s degree in ethnomusicology, reveals that the album titles comes from the translation of Kyai Mendung, the name of the UCLA Javanese gamelan ensemble. In the belief of Animism, everything has a soul. It is thought that the spirit of the gamelan ensemble resides in its largest gongs.


“What would it be like to be a soul or spirit inside a gong? You would not think in human ways but maybe in gamelan tones. This album is how I imagine it would be to be that gong.”

If you ever experienced the sound of a full gamelan orchestra you will probably not find this a strange thought at all. The sounds of the gongs, as well as their specific scales and tuning awakens a mysterious awareness on a subconscious level. It is beautiful to listen to, but for western ears it also seems to come from a different, incomprehensible world.

Loren Nerell is capable of connecting these worlds, crossing different cultures and opening the mysteries of the gamelan orchestra for western listeners without denying the culture it originally came from.