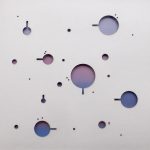 The Void * notation comes from the C++ programming language, and is pronounced as Void Pointers.
If you’re not familiar with the C++ language (and I assume you aren’t – just like me), it’s interesting to read about a void pointer in terms relating to music:

I could almost leave it at that for a review: this seems to describe the Void Pointers‘ music perfectly.

Values presents a wide range of atmospheres, starting almost ‘poppy’ but quickly moving into more abstract dimensions.
The geeky trio (Roald Dillewijn, Eric Magnée and Tijs Ham) not only build their own instruments, but also code the software to play them. And yet their music never sounds artificial, they have a nice warm organic sound despite their titles (which are also taken from the C++ language).

Another interesting detail is that Values is released simultaneously by three different (dutch) labels that share a taste for the adventurous: Esc.Rec, Lomechanik and Shipwrec.

Oh, and by the way: the last track is called Dereference – so you don’t need to worry you’re left dwelling in the void without knowing where to point to next. 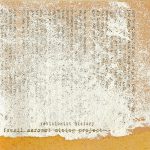 Fossil Aerosol Mining Project‘s debut release dates back to 1986, so Revisionist History marks their 30th year of existence. In these 30 years, the project was sometimes disbanded and later resurrected – until a steady flow of releases started from 2004.
Using ‘found sounds’ as their primary source, “audio artifacts and field recordings, signal processing equipment (as well as the mixing board itself) remains the principle form of instrumentation”.

Revisionist History “grafts old artifacts onto new material using recently devised studio processes. New sounds of the past, articulated through the devices of an unimagined future.”

It’s a strange and sometimes scary vision of the future – but a fascinating sonic trip at the same time. Conceptually, these found sound compilations are somewhat comparable to those of Negativland (although perhaps somewhat less radical).

The Helen Scarsdale (physical) version of this album consists of the 69 minute CD in a package that includes ‘a manipulated page of pseudohistorical text (circa 1972)’ (!), and a souvenir fragment of open-reel dictaphone tape collected as source material in Chicago in 1988.
This edition also includes a download code for an additional hour of bonus tracks.
The Bandcamp version does not include the full hour bonus download, but includes a selection of 4 bonus track from this ‘virtual second disc’ 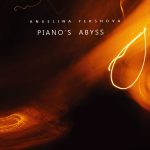 There is an abundance of piano music currently, and a lot of these recordings also include the sound of the instruments inner mechanisms. The crackling wood, the felt pads sighing, the pedals squeaking – these sounds are often recorded up closely and included with the original sound of the piano strings, a bit like adding vinyl crackles to a digital recording to emphasize its original analog nature.
Angelina Yershova‘s approach is different:
“The mechanical noises of the pedals and the hammers are electronically processed, twisted and warped until they are oceans away from their original sound.”
The ultimate aim is not to recreate the original, natural sound of the piano as an instrument, but to experiment with unconventional timbres, “giving birth to what is almost a whole new experimental genre: ‘piano drone music’.”

Yershova is a classically trained composer, pianist, sound artist and improviser – with a degree in choral and symphony orchestra conducting as well as in electronic music, and experience in many different music fields: from composing soundtracks to rock bands and everything in-between.
Every detail on this album shows her experience: she’s not afraid to step away from the beaten paths of experimental piano music.
And it’s a magical combination after all: mysterious piano chord sequences immersed in a background of the indeterminate sounds of an unknown abyss.