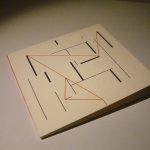 The tracks on this album are ‘reduced, combined and rearranged’ stereo versions of various multichannel compositions created for festivals in Reykjavík, The Hague and Paris. Which raises one question in particular: why not release a multichannel 5.1 version of these pieces too?
I understand this of course: stereo recording is still the main way to go for most listeners, but listening to this music I cannot stop thinking how devastating this must have sounded in multichannel surround.
But even ‘reduced’ to stereo versions, these pieces display a fascinating ‘spatial configuration’, ‘exploring the contact between composed computer sound structures and space’.

If you’re familiar with his previous albums Safn and Processed and Potentials you’ll know what to expect, but if you’re not you should be prepared for an immersive, highly energetic stream of electro-acoustic sounds: Bjarni Gunnarsson‘s trademark ‘sounds focussing on internal activity and motion. Compositions that put into foreground behaviors, actions, fluid sound structures, fuzzy materials or forms. Music without sharp boundaries’.
There are only few moments of rest (like in Pulsatiles) – most of the album is highly dynamic, like travelling at high speed. At véry high speed, not knowing what you might encounter the very next moment!
This album is definitely at its best when played at a high volume.

Apart from being a faculty member at the Institute of Sonology (The Hague) and teaching algorithmic compositions and computer music, Bjarni Gunnarsson is also known as one half of Einoma. 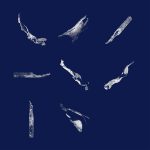 A single opening chord struck on the piano’s lower register – as a warning signal on what’s to come. It is the kind of chord that makes you sit still and wait for what will be next. The sparse piano chords are used to prevent you from drifting off, they draw you back into the the subtle electro-acoustic embedding of ‘decayed memories’….
According to Room40, this is his first solo album. I don’t think that’s entirely true: his website shows there are some digital-only titles previously released under his own name, like this one. And there’s also this one, presenting a kind of glitchy electro-funk.
But it’s true that those albums are incomparable with this new one, on which Pierce Warnecke ‘ties together his interests in electro-acoustic sounds, field recordings and harmonic incongruities’.


“When a memory is recalled it is played back in the mind’s eye, but the experience is never as exact as the original moment. This makes memory a volatile storage medium, subject to transience. Whereas digital audio/video recordings are theoretically immune to this decay caused by the passing of time.

Memory Fragments explores recordings as memories by taking samples (sound, images, objects) of a physical space and then placing them in an imaginary process of transformation and transience that slowly erodes these digital memories until disappearance.” 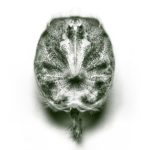 Arachnophobia alert: you might think this cover shows some kind of exotic fruit but look closely… I’m not sure about that. Especially not sinve Grammostola refers to a genus of the family of spiders also known as Tarantula.
But no need to worry: they are relatively friendly spiders that are often kept as pets – ‘a beginner’s spider among tarantula enthusiasts’.

N.E. Trethowan (Nicholas Eduard) is a ‘granular electronicist’ from Tampere, Finland, experimenting in ‘textural’ ambient music – ‘music with gradual structures and vague or absent narratives’.
Not a very familiar name probably, although his Bandcamp discography displays 12 titles released since 2008.
Grammostola presents some fascinating soundscapes, with an interesting similarity to the pet spider: you may want to approach carefully, but once you get used to it it’ll become something to care for.

Grammostola is released by the Linear Obsessional label, who have the very pleasant habit of offering a free digital download next to the physical CD-release!