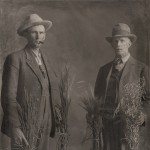 WESTERN SKIES MOTELS – SETTLERS
Title and cover tells us this is not what we call ‘ambient’ music. The opening tracks are acoustic guitar folktunes that reminded me of the music that was released through the Windham Hill label years ago. But gradually, atmosphere kicks in and the melodic arrangements move to the background.
Somewhat.

This is especially remarkable, considering the fact that René ‘WSM’ Schelbeck comes from Denmark – “far removed from any upbringing in the rough-hewn Americana style of folk guitar.”
His music crosses geographical border, to appeal to all of us that are not familiar with the American West: “Regardless of our conceived themes or geographic locations, it tells a story that is lasting and instantly familiar.”

“Settlers” is available as a digital download and in 180 gram vinyl (including download). The limited physical edition (170) also includes a free bonus EP: “Generations” (first 50 only) 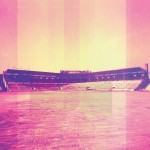 ANDREW TUTTLE – FANTASY LEAGUE
It’s Andrew. Not Harry! I’m sorry, but everytime I hear the name Tuttle I immediately connect it to Terry Gilliam’s ‘Brazil‘ – and as a result the music is immediately framed into a retro-futurist Sci-fi setting..

But, in fact, that comparision may not even be that far off.

The weird contradiction between (broken) retro technique in a future society in Gilliam’s Brazil is, in a way, also reflected in (Andrew) Tuttle‘s blend of acoustic and electronic instruments: the banjo and electric guitar somewhat out of place in an environment of synthesizers and computers.
The question remains: is Andrew Tuttle‘s fantasy environment utopian or dystopian?
Or both?

For those that want to know: Andrew Tuttle (Brisbane, Australie) decided to use his own name in 2013. Before that, he was known as Anonymeye. 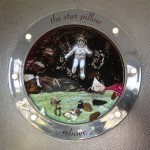 STAR PILLOW – ABOVE
Time Released Sound have done it again: releasing an insanely packed album that you cannot buy because it’s already sold out. So you can look at the special edition that you’ve missed, but we’ll simply talk about the music and the standard CD release (which also has a great cover by the way).

Star Pillow is Paolo Monti (Italy), a name hitherto unfamiliar to me but a glance at his bio learns that he has an impressive track record. And that is something this album shows, too.
Above was recorded live, ‘in a solitary afternoon concert with closed doors and an empty club’. However: it sounds like a carefully crafted and well balanced studio recording.
The music is reflected by the image on the cover: it takes you on a weightless voyage, ‘a soothing, slow-motion floatation sensory trip into the atmospheres of your own mind..’ 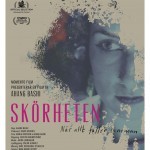 Skörheten is a Swedish documentary by Ahang Bashi about ‘mental fragility’, and this is its short but beautiful soundtrack created by Jakob Lindhagen.
Not the happiest music, as expected from the documentary’s subject, but not the saddest either.
It ‘is fragile and poetic but with a large dose of warmth and compassion, constantly pending between hope and despair.’

There are some delicately melancholic piano melodies, some ambient atmospheres and, remarkably, some soft jazzy pieces inspired by and reminiscing Swedish folk-jazz artist Jan Johansson (not to be confused with Johann from Iceland!).
Judged by the music on this short soundtrack album (which is available as a ‘Name your Price’ download), I guess that we will find the name Jakob Lindhagen on a lot more soundtracks in the future. And that is definitely something to look forward to.

Edit June 2017:
Skörheten (the documentary) has done quite well: it has been nominated in the “Best film” category at the Swedish Academy Awards, and was also awarded “Newcomer of the year”. But even more good news is that the soundtrack will be re-released by 1631 Recordings, fully remastered and with three additional bonus tracks. I’ve updated the links in this post to the new locations.