AUTISTICI – TEMPORAL ENHANCEMENT
David Newman – also label owner of Audiobulb – is a composer from Sheffield, UK, releasing his own work as Autistici – the name ‘represents this fascination with tiny sounds and the power they have to overwhelm the central sensory experience’.
Temporal Enhancement, his eighth full CD release, presents six tracks with a wealthy variation of ‘broken sounds’ assembled into abstract ambient soundscapes.
‘A sonic exploration of the perception of time’.

“Temporal space in between each sound populates the narrative of present and past. The brain relies on memory to bring order and meaning to the sequence and to notice changes across the passage of time. […]
Autistici works on the premise that the true and final experience of any sound belongs in the mind’s ear of the listener.” 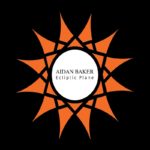 AIDAN BAKER – ECLIPTIC PLANE
“As a solo artists, Aidan Baker explores the deconstructive sonic possibilities of the electric guitar as a primary sound source.”
Ecliptic Plane – the title referring to ‘the Sun’s apparent path or orbit around the Earth, as seen from a terrestrial perspective’ – is a live-to-2-track recording of ‘multi-layered guitar loops slowly evolving and gradually changing through the course of their repetition’.
There are six segments, all different in nature and expression – but they are sequenced seamlessly and so are best listened in one continuous session.
I was quite surprised to learn that this was a direct recording of a live-performance! It’s an impressive and beautiful set, exploring different ranges of sounds between subtle and massive – from calm to (almost) frightening. 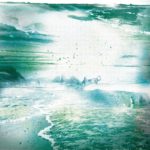 DAVID CORDERO – EL RUMOR DEL OLEAJE [release date: 15-01-16]
For El Rumor Del Oleaje (‘the rumor of the seas’), David Cordero travelled to the beaches between Bizkaia and Cadiz (from the North to the South of Spain), to record the different sounds of water. These sounds became the starting point of this album:
‘All of us confront the sea in different ways, being that not all of the waves are the same.’
Seas can be dangerous and frightening, but Cordero focuses on its healing effect: ‘the feeling of being at peace with myself and isolation. to render through these songs the healing impact the waves have on me when I face them.’
As a result, this is a very peaceful and ‘sunny’ album.

The sound of waves and water are the inspiration to subtle musical compositions, most for a full ensemble acoustic setting featuring piano, bass clarinet, french horn, double bass, (like La Caseriá – San Fernando) others (near the end of the album) for more synth oriented textures and loops (Gaztelugatze – Bermeo).
‘This album is an invitation to travel to the seashores and start the adventure of looking at the sea as if it were for the first time, surrendered to a lonely and magical fascination’ 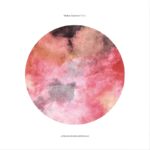 MARKUS GUENTNER – THEIA
Theia is the name of the (hypothetical) planet that supposedly collided with Earth around 4.533 billion years ago – one assumption is that the debris gathered together around Earth to form the moon.
That’s a beautiful thematic starting point for Markus Guentner‘s newest album: a double (opaque) vinyl release on A Strangely Isolated Place.
“Drones build upon swathes of light, cut by an ever-present sense of fear. The distant shine of stars puncture a pitch-black canvas, as a force gathers momentum and intensifies”.
There are more than enough quiet moments, but as the album progresses the atmosphere gets darker and more ominous. But the sound palette remains subtle: it never becomes the ear-shattering noise you might have expected with a theme like that.
Rafael Anton Irisarri mastered the album, and also appears (as The Sight Below) on one track (Baryon).