DARREN MCCLURE – APPERCEPTION
Born in Ireland but currently living in Matsumoto, Japan, Darren McClure ‘intents to create sound to both zone out to and zone into, a balance of widescreen drones and more minimal, abstract ambience’.
Living in Japan must have sharpened his eye (and ear) for subtle details, which he’s able to re-create in his fascinating sound art ambience.
“Apperception” means ‘the process of understanding by which newly observed qualities of an object are related to past experience’.
Each of the (six) pieces has a distinctly different atmosphere.
It’s interesting to realise that this music may mean different things to every single listener, because of the connection of the sounds with individual past experiences. 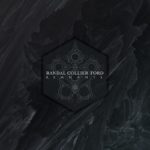 RANDALL COLLIER-FORD – REMNANTS
Cryo Chamber specializes in releasing ‘Cinematic Dark Ambient’ , and with this Randall Collier-Ford release that is exactly what you get: 10 tracks of dark and brooding isolationist soundscapes that slowly seem to pull you underground.
To take away any possible prejudice against ‘dark ambient’: ‘we’re not talking about the ‘new-age dark ambient’ kind with monks, Gregorian chants, church-bells and such, mind you, but  about carefully crafted, haunting soundscapes that would work perfectly as a background for suspenseful (horror? sci-fi?) movies or scary video-games.
‘Deep high quality with a cinematic edge’   – a great release and a good example of Cryo Chamber’s shared philosophy of sound design. 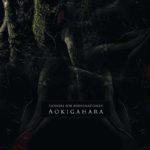 FLOWERS FOR BODYSNATCHERS – AOKIGAHARA
With its lovely piano themes, this album seems to be much less dark than the average Cryo Chamber release. But sounds are deceiving, because there is bottomless deep darkness underneath:
Aokigahara is the name of a 35-square-kilometre forest at the northwest base of Mount Fuji in Japan. It is a notoriously common suicide site, also referred to as the Suicide Forest, and has an historu association with demons in Japanese mythology.

Knowing about this background, Duncan (Flowers of Bodysnatchers) Ritchie‘s album of atmospheric textural layers gets a different meaning.  Now, the piano themes only enhance the loneliness instead of soothing it.
(Of course titles like A Rope To End It All also help create the right expectations)

“Aokigahara forest is dense, shutting out all but the natural sounds of the forest itself.”
Venture into it too deep far may mean you’ll find yourself ‘past the edge unable to return.” 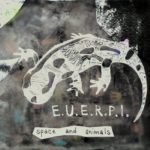 E.U.E.R.P.I. – SPACE AND ANIMALS
With a minimal setup – guitar and software effects – Myrian Kolev (Sofia, Bulgaria) creates some fine relaxing soundscapes. Avoiding the obvious pitfalls – like re-creating the usual ‘frippertronics’ or too obvious drones – he creates his own personal, minimal and repetitive, style, transcending the usual guitar ambient.
The result is some nice, unobtrusive music to play in the background, at the same time interesting enough for more attentive listening.
And that is why this might also appeal to a somewhat larger audience than most ambient music. If that audience can find it, of course….