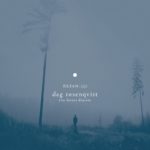 DAG ROSENQVIST – THE FOREST DIARIES
A forest can be many different things, changing completely with every season. But here, the album cover sets the mood: an extremely desolate atmosphere of an open space in the middle of a forest, covered in mist, just two rather bare trees in sight, and a human silhouette looking into the distance standing on (what seems to be) a half-sunken tombstone.
Which, for me, is not necessarily a negative connotation: the isolation of walking in a thick fog can be a comforting experience too!

The Forest Diaries was created for a project by choreographer Jenny Larson, dealing with “roots, ancestry and identity”. For 30 different forest sites in Sweden, she will create a site specific dance piece. This album is the soundtrack for the resulting video and multimedia presentation.

Rosenqvist‘s instrumentation is minimalist but very effective: (mainly) acoustic instruments like piano and pump organ, focussing on different aspects of the theme, at times combining all details to the beautiful main theme (which, by the way, is based on the track Summer from the 2007 In a Cool Monsoon album by Jasper TX .
I can easily imagine the striking effect this music will have as the soundtrack of the multimedia event – but even without the visuals this album works very well on its own. 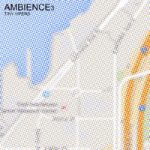 TINY VIPERS – AMBIENCE 3
The word ‘Multimedia’ gets a completely different meaning when looking at the releases from the Box Bedroom Rebels label: the Ambience 3 package contains a 2-track vinyl 7″, a full length (76″) CD, additional remix tracks on the download that goes with the physical purchase, an art insert and artist portrait. Now thát’s a neat little (or not-so-little) package!

The title and cover images of this BBR series is a direct homage to the 1972-82 Ambient 1-4 series of Brian Eno: ‘a conceptual homage’. The  7″ sleeves pictures the area where Jesy ‘Tiny Vipers’ Fortino lives, while the CD sleeve shows where she was born and raised.
The full packages features over 2 hours of music, most of it (Tape I-V and Guitar) performed by Jesy Fortino “recorded directly to tape in her own defining style that echos William Basinski’s own recording technique of crumbling destroyed tapes and Groupers distant muffled simplicity.”
On the CD there are also additional remixes from Shaun Blezard and Xela (under the name of Alexander Johnson), and if that’s not enough the download features another two extra remixes (15 minutes each) by Brittle Stars.

Together, it’s a varied collection of (sometimes rather extremely) lo-fi ambient – the ‘Alexander Johnson’ track being the exception to the rule with a thick and throbbing beat. 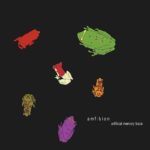 ARTIFICIAL MEMORY TRACE – AMFIBION
“Comprised of treated field recordings of frogs taken during excursions in the Brazilian Amazon, Amfibion is lagely based on mating songs, and treats them in a manner which underlines the humid fecundity of this ecological wonderland.”
Artificial Memory Trace is Czech/Irish experimental sound artist Slavek Kwi, whose discography boasts over 55 album releases since 1994. With his extensive experience he manages to treat and manipulate the environmental recordings to a whole different level, where they can be enjoyed much more as a fascinating piece of electronic music than as a sonic documentation of a specific environment.
“An unforgettable journey into a rich, bizarre and disorienting world.”
The download that comes with the CD has an additional 23 minute bonus track called “Epilok”. 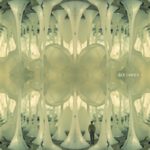 KEN CAMDEN – DREAM MEMORY
On his third full length release for Kranky Ken Camden explores many different styles of electronic experimental music: from spacey vocal dreamscapes to sequencer-driven krautrock, and many things in-between. Though the album sounds electronic, Camden‘s main instrument is the guitar: “by utilizing both a steel slide and e-bow technique, Camden has moved into micro-tonal territory to bridge the textural gap between guitar and synthesizer while examining their inherent differences.”
For the vocal part in the tracks, the Vocaltron is introduced: an ‘organic vocal sampling machine’ which retains the original characterictics of the singer that contributed the vocal samples (in this case Emily Elhaj and Angel Olsen).