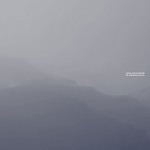 RAFAEL ANTON IRISARRI – THE UNINTENTIONAL SEA
For his second release for the ROOM40 label (following 2010’s ‘The North Bend’) took his inspiration from the story of the Salton Sea, a failed Californian river redirection at the turn of the 20th century.
“During the1950s, this ecological disaster was seized and rebranded by corporate land developers, flipping it into a dream getaway destination for West Coast elites. Before long, record temperatures and a rising level of water mineralization led to the mass death of fish and other wildlife, and in turn so too did the resort town’s population, leaving behind a vast post-human deserted wasteland. This unintentional sea had given life and now has taken it away.”
Musically, the landscape is quite dark too, most of it deeply embedded in layers of sub-level low tones.
“It’s a record that sounds like staring at a vast ocean in light breeze – a rendering of the ocean calm before the inevitable storm.” 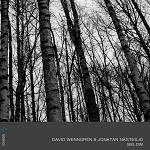 DAVID WENNGREN & JONATAN NÄSTESJÖ – BELOW
Beautiful atmospheric collaboration of David Wenngren (Library Tapes) and Jonatan Nästesjö (Sweden), featuring four slowly evolving tracks – the kind of soundscapes often referred to as “glacial”.
Starting soothing and almost unnoticeable, the tracks become “very present bodies of melodious sounds”, with organ chords slowly breathing in and out again.
“We wanted to do something dark and organic something that changes and grows very slowly – like the nature.”
They definitely succeeded: the music is as beautiful as the cover image itself. 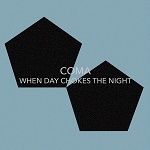 WHEN THE DAY CHOKES THE NIGHT – COMA
(FREE Download)
When The Day Chokes The Night is the name of the French (based in Lille) ambient-drone-improviation project. “Coma” is their 24th (!) release. It is a fictional soundtracks based on two different works: the first one (giving this album its title) is the book that Pierre Guyotat wrote after his depression and physical and mental deterioration culminated in a coma in 1981. The other source of inspiration was “De Meester en de Reus” (“The Master and the Giant”), a ‘fictional documentary’ from dutch filmmaker Johan van der Keuken about rivalry in creation.
Like on Wenngren & Nästesjö’s “Below”, the organ is the main source for these three long drone tracks. 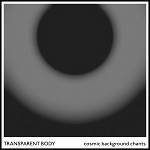 TRANSPARENT BODY – COSMIC BACKGROUND CHANTS
Again, the sound is created from slow organ drones, but on this (aptly named) album the drones even get more minimal, up to the point where they are humming almost unnoticed, unless you actively pay attention to what you’re hearing.
“A strange distant organ playing some distant and sparse notes, drones made with noises from non-human activities, stretched strings evocating the passage of low clouds in a grey autumnal day.” 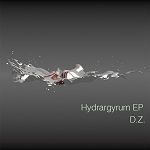 D.Z. – HYDRARGYRUM EP
Compared to those above, the drones on this album are less ‘natural’. I could also describe the sounds as more ‘chemical’ since hydrargyrum (from Greek “hydr-” water and “argyros” silver) is the name for the chemical element mercury, commonly known as quicksilver.
Which perfectly describes the music on this 32 minute EP by D.Z. (or Di-Zed) from Russia.