Here’s a batch of most interesting recent releases by dutch artists (that definitely should be heard outside Holland): 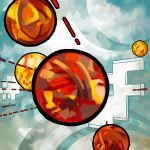 SIDDHARTHA BARNHOORN – ANTICHAMBER
Siddhartha Barnhoorn‘s relatively young biography (since 2004) already boasts a great number of soundtracks for movies and commercials. His latest release is the soundtrack for the “Antichamber” game (released through Steam) – a game that does quite well in the gaming community as far as I can tell by the ‘metacritic score’ of 82/100.
I cannot tell anything you about the game experience (if anyone reading this has played the game please share your experience in the comment section) – but as far as the music goes: this is spectacularly atmospheric, breathing a calm that seems to be the complete stylistic opposite of the preview images’ atmosphere.

Creating game music is quite different from creating soundtrack music, as games are mostly unlinear, and it’s never known how long a player will remain at a certain scene. So it’s all about creating an atmosphere, especially one that you would love to stay in longer … and this is what Barnhoorn does very, very well.

He takes his time, creating long drone-bases tracks slowly introducing subtle rhythmic details. And, most important for this release: the music stands firm even if you listen to it completely outside of the game context.
For prolonged environmental pleasure, there’s an additional CD with (only) the environmental field recording sounds from the same game, released by Robin Arnott. No ‘musical’ content, yet very pleasurable to listen to… so I advise you to check out the “Antichamber” double packfor three hours of sounds and music. 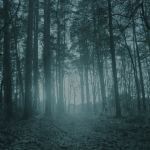 WOUTER VELDHUIS – BLUE FOREST
It’s easy to keep floating from the “Antichamber” soundtrack right into Wouter Veldhuis’ “Blue Forest“, which is released on Organic Industries in one of the label’s distinct foldout packages with a beautiful photography determining the atmosphere
(I know, I know, I’m late again, sorry: only 5 copies left at the time of writing – but luckily the digital download remains available still).
As the cover image already indicates, the atmosphere gets somewhat darker from here, but Veldhuis‘ drone soundscapes are also of an indefinite calm. It must also be noted that “all tracks are made out of captured and processed pre-heard, found sounds and field-recordings. No samples, synthesizers or electronic audio sources were used during the production process”. 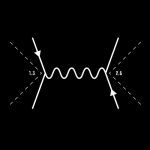 MARK TAMEA – ATOMISM
If you’re already familiar with the previous work of Mark Tamea (if not, you may want to check out this 2009 mix), you know this will sound different from both releases mentioned before. These are not ‘drones’ but fragmented pieces of sound, electronic as well as (semi- )acoustic. Post-classical sounds, avant-garde-like composition techniques, musique concrete mixed with environmental field recordings and short melodic fragments – but always recognisable as ‘genuine Tamea’ because of that bright sound that is different from what most contemporaries do.

This is not ‘easy music’ – it requires dedicated listening because it’s as abstract as the web site liner notes. But if you dive into it it really pays off!
(Physical edition limited to 25 copies). 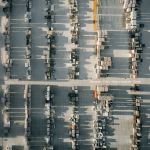 BANABILA, ERKER, MACHINEFABRIEK, ZENIAL
MICHEL BANABILA – ZOOMWORLD
I don’t think Michel Banabila needs any further introduction here.
Even apart from his work for theatre and dance performances, his musical output has accelerated with lightspeed, meandering from electronic experimental music to eclectic world music. Shortly after the Machinefabriek collaboration and the (name your price) “47 Voice Loops“, here are two new titles also worth investigating!
Apart from some new tracks,“Zoomworld” is built around samples and fragments of tracks that you may recognise from his earlier work (In Other Words, 47 Voice Loops, Mltvz7). But the overall feel is quite different, as if the light has shifted completely. These new versions are created in collaboration with sound artist Radboud Mens,with whom Banabila engaged in live performance sound ‘battles’. The musical result surpasses the ‘ambient’ genre label in any possible way, but it definitely is some of the most engaging electronic music you may encounter.

“BANABILA, ERKER, MACHINEFABRIEK, ZENIAL” is a limited vinyl release showcasing some of Banabila’s diverse collaborations along with a few new tracks. Tracks earlier released are “Deep in the Forest” (from “Route Planner“) and “More Signals from Krakrot” (from “The Latest Research From The Dept. of Electrical Engineering“). “Crowds”, however is an excitingly different version than the one known from the Sum Dark 12 release. The two new tracks are the opening track “Ill Rave” (with Machinefabriek) and the delicate “Drops”.
B-E-M-Z.clearly demonstrates Banabila’s versatility. But then – most of his albums do!
The impressive artwork is also very much worth mentioning: it’s taken from a collection of kite aerial photographs by Gerco de Ruijter.