Can this be a coincidence?

In the same week I have received two new albums with a remarkable resemblance: both are from Dutch artists, both have a bright ‘lightweight’, almost ‘poppy’, feeling yet are experimental in their creative use of sound samples. Also, both are defying contemporary genres. They’re not ambient, not too experimental, not strictly electronic, not improvised, but definitely not ‘mainstream pop’ either.

Could it be we’re defining a new genre here? 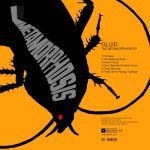 GLUID – THE METAMORPHOSIS EP
The Metamorphosis refers to Franz Kafka’s classic ‘Die Verwandlung’. This music was originally written for a theatre production based on Kafka’s 1915 novel.
Gluid (dutch for sound but missing the first vowel) is Bram van den Oever, and this is his fourth release. Musically, it is not unlike his remarkable 2007 release “Binnensuis“ (dutch for ‘home interior’, but missing a consonant), describing a woman’s neurotic compulsive behaviour in a way too close for comfort – but this itme without the spoken word.
There’s a thematic resemblance between these two releases, an undeniable uncomfortable aspect to the seemingly lightweight music. Always something underneath hiding; things are never just what they seem to be.
The Metamorphosis EP is not released in physicial format, it can be downloaded for free! But please consider to donate to support the artist and his label Esc.Rec (pronounced like Ass-Crack – neither vowel nor consonent missing here). 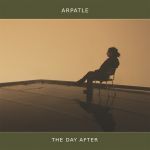 ARPATLE – THE DAY AFTER
Patrick ‘Arpatle’ Bossink (from Utrecht, Holland) has his new album released through Dublin-based Psychonavigation Records. Like Gluid’s album, “The Day After” also defies the usual genre classifications. It is described as ‘found sound with dub techniques’, but I doubt that description fully fits the album’s music.
It has a nice ‘airiness’ distinguishing it from many other contemporary releases, and links experimentalism, creative sound-searching to an accessible poppy (though not ‘mainstream’) sound worth checking out.