If you are in any way familiar with ambient music, Celer will probably be familiar too. The discography boasts about 80 titles, most (if not all) of these well worth the listen.

Celer started out as a husband-and-wife duo in 2005. After the tragic death of Danielle Baquet-Long in 2009 (she died of heart failure at the age of 27), Will Long has released music they had previously recorded together, as well as music he recorded later.

“Evaporate and Wonder” was originally recorded in may, 2009, only a few months before Danielle’s death. The source material was limited to improvised synthesizer and field recordings, but two tracks (about 20 minutes each) have all the warm aesthetic qualities that have become the Celer–trademark from the very beginning. A sound well-balanced and harmonically pleasant – ‘utterly devoid of rough edges’. 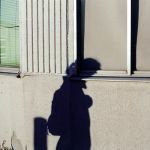 The basic material for“Tightrope”  was recorded in november 2010 in Tokyo while Will was touring with Yui Onodura.  The main difference compared to “Evaporate and Wonder” is that a lot of different instruments were involved in this recording: “piano, television, synthesizers, fire crackling, pipe organ, eating rice, guitar, medicine drip buzzer,…’ which are just a few. All source pieces are layered and mixed on top of each other, and presented in a 70 minute continuous collage.

The variety of source makes this a somewhat more cinematographic album compared to “Evaporate..”, but it still has the same unmistakeable trademark, the same comfortable, timeless, immersive sound.

With an output rate like this, I do wonder if there’s anyone around that can name a Celer album title when hearing a particular piece from it. It’s hard to keep track; new album titles will probably be released before I finish writing this post. But, as said before, the really incredible thing is that all titles are worth listening, to say the least. A thing that cannot be said of many artists!
Together, they are presenting the kind of continuous ambient atmosphere that somehow compares to the sound of nature: it’s basically the same sort of sound every time, yet it never gets boring.

“In the end, they’re all collected, unplanned memories”