Room40, the Australian based ambient/electronic/experimental label (run by Lawrence English) kicks off the after-summer season with a batch of fascinating releases. Among these are the beautiful drone-based albums by Chihei Hatakeyama and Steinbrüchel: 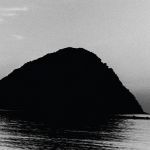 Chihei Hatakeyama – Mirror
Chihei Hatakeyama has earned himself quite a reputation with his earlier albums (on Room40, as well as Home Normal, Hibernate and Kranky). Described as a minimalist with a “formidable reputation as a fearless textural experimentalist”, you might expect some loudness – but Mirror is about the opposite of loudness.
The deep drones (or polychromic and memory-evoking soundscapes if you prefer) are like a mirror indeed.

“Taking layers of composed instrumental passages and then re-recording them in a variety of reverberant spaces, Hatakeyama sought to accentuate and amplify the harmonic qualities of the sounds. Overtones were shaped by these spaces and rich fluctuations emerged from the original recorded elements.”

Some shorter field recordings mark the points of arrival and departure between the composed pieces. Together they present a fascinatingly calm and introspective album. 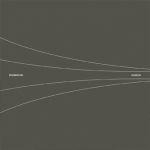 Steinbrüchel – Narrow
(Ralph) Steinbrüchel is a German musician living in Switzerland. Although coming from a different continent, the music on this album prefectly fits next to Hatakeyama’s“Mirror”: it’s just as calm and contemplative (although Steinbrüchel’s basic sound is slightly more ‘edgy’).

“Narrow” starts off with the incredibly low sounds beginning the 20 minute title composition – “melodic layers like waves that gentle swell and fall in a pulsing undulationï»¿”.
Additionally, there are four N-Variations, each digging deeper into the original composition,“unearthing unfamiliar elements and minimal layers lost in the dense flows of Narrow.ï»¿”