When I read that a new Fovea Hex album will be released in the “Very-Imminent-Future”, this revived fond memories of their 2007 box set called “Neither Speak Nor Remain Silent”.

Two quotes may introduce this fascinating collection: Brian Eno thought these were “Some of the Most Extraordinary  Songs I’ve heard in Years”, and The WIRE aptly summarized it this way: “If Emily Dickinson had ever been allowed to make a record, this is probably what it would have sounded like”.

These comments are all about the songs, but I was also impressed by the way Fovea Hex combined the (unmistakable English) “folk” tradition, their sweet sounding but very strange and mysterious vocal poetry, with a daringly experimental sound backing – even to the most extreme on the stretched minimalist remixes of the Hafler Trio (Andrew McKenzie) on the bonus versions  included in the original limited special edition.

“Fovea Hex” is in fact Clodagh Simonds (with Laura Sheeran on supporting vocals). In the early 70’s she recorded with Thin Lizzy as well as Mike Oldfield, but her discography also includes recordings with Matmos, Current 93 and Russell Mills.

The list of contributors to “Neither Speak Nor Remain Silent” almost reads like a “who’s who of British experimental electronic music”: how many artists can list contributions by people like Brian and Roger Eno, Roger Doyle, Colin Potter, Michael Begg, Percy Jones, Steven Wilson, Robert Fripp, and Andrew ‘H3O’ McKenzie on one single album release?

Considering all this, I have always felt that this album deserved to get more attention than it actually got.
It was critically acclaimed well enough (check the Pitchfork Reviews on the Wiki page), but to my opinion too few people seem to know about this album at all. It seems to have “gone cult”. Which is nice, but probably a lot more people would like it when they heard it.

Since the original EP’s are still available through Bandcamp, but the limited special edition box set (including the Hafler Trio Bonus CD’s) has sold out, I decided to dig up this mix from the radio archives and present it here on ambientblog.net once more. The original NPS-Folio program was aired on January 1, 2008 (the quiet drone in the beginning was intended for the introduction which is left out here). 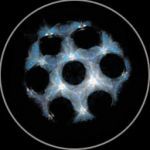