Paul Sharma is a british painter and musician who was raised in India.
Regular Ambientblog.net visitors and podcast subscribers will probably remember the exclusive tracks he presented earlier this year: the electronic Raga tracks called “Embers” (vocal and instrumental version)

His new EP, called Safar (meaning ‘Journey’ in the Urdu language) is now presented on the Test Tube netlabel.

On Safar, Paul Sharma combines traditional indian music with western scales and composition.  Compared to Embers (which as a single track was as long as the full four track EP), the tracks are considerably shorter and somewhat more “western” in sound (which also means they are somewhat less ‘ambient’ in style).
The instrumental track “Journey”  blends bluesy guitar sounds and electronics. All three other tracks feature the beautiful vocals of Rajesh David (who was also featured on Embers).

Anyone interested in indian as well as electronic music should definitely listen to this release. It’s a free download, so no reason not to check it out! 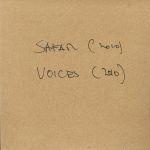 In addition to the Test Tube release, Paul offers alternate versions of two of the ‘Safar’ tracks exclusively on ambientblog.net. It may be hard to hear the difference at first, but when you listen and compare closely,  you’ll discover that these versions are somewhat ‘stripped down’ compared to the EP-versions. A bit more “ambient-oriented”, maybe.

Thanks, again, to Paul Sharma for offering these tracks for download!!