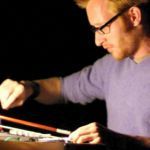 Apart from all self-released titles, his work was released on labels like Lampse, Type, Kning Disk, Dekorder, Korn Plastics. Next to his solo-work, there’s also numerous collaborations with people like Peter Broderick, Wouter van Veldhoven, Soccer Committee, Adrian Klumpes, Aaron Martin – and a lot lot more well known (and less well known) musicians working in the field of improvisational electronic music (or lo-fi, or shoegaze, for that matter).

Most of Machinefabriek’s music can be recognised immediately: it always has a delicate balance between subtlety and grittiness. It’s carefully layered, sometimes downright noisy, but always with a lot of open space.

But it’s not only the music that is interesting. Zuydervelt has also proven that there is a future in creating non-compromising music, way off the beaten track, by relying on your own taste and vision (and perseverence). He’s  one of the new generation of artists, knowing that subcultural ‘niche’ music needs other ways of distribution.

And apart from all that: he’s also a very nice and friendly person.
That’s why I’m very very proud to present this previously unreleased Machinefabriek track called ‘Ax‘ (obviously referring to the guitar sound used to create this track).
‘Ax‘ is kindly donated by Rutger himself to be exclusively premiered on Ambientblog.net!

Grab your chance and download it below!
And don’t forget to thank Machinefabriek by paying a visit to www.machinefabriek.nu or by attending one of his performances. 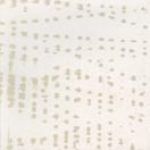 For your additional download, listening and collecting pleasure, Rutger has also offered the track ‘Stil‘ to download from ambientblog.

Stil is the closing track of Slaapzucht (2007), now out of print and unavailable as a legal download elsewhere. 22 minutes of beautiful drone slowly building tension. It’s classic Machinefabriek Material.