“Mantra of Walls and Wiring” is the first of a set of three one hour mixes created in 2005.
The other two are “The Hum in the Room” and “Acoustical Illusion” (will follow later).

As you can read from the titles, these mixes thematically deal with the sound you can hear in your living environment; the ‘everyday hum‘ surrounding you.

I got inspired for this theme when I listened to a slowly fading ambient-cd…and finally realised the cd had already stopped for quite a while and I was obviously listening to (and enjoying) the hum of my own refrigerator!
Since then the household environmental sounds do not disturb me anymore…they became part of the music I’m playing.

Starting point of these programs is the text Paul Simon wrote for Philip Glass‘s ‘Changing Opinion’ (‘Songs from Liquid Days’), featured here in an extremely ‘deconstructed’ version (full text below).

Compared to the previous mixes these mixes are less accessible for listeners not used to ‘ambient drone music’.
These are the most ‘minimal’ mixes, containing some very strange combinations: the David Darling recording with the Wulu Bunun for example (which may give the feeling you are lifted into the sky) flowing into the sound of eternal rest of Eliane Radigue, followed by Herbert‘s sound of home-cooking bringing you back to your own private home.

As in all mixes, there are some dark and tense parts. This is not meant to be ‘new age happiness’ at all.
But in fact its serene timelessness never fails to amaze me. 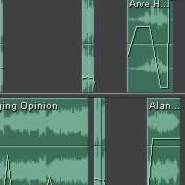 MANTRA OF WALLS AND WIRING PLAYLIST: