You can trust Jacob Kirkegaard to come up with fascinating concepts. After recording the sounds of deep earth in Iceland and those of the deserted rooms of Tchernobyl, he now turns inward to record the sound of his own inner ear, using a medical technique used to diagnose hearing problems on young children. The recorded tones of his cochlea were used to create a fascinating installation for the Medical Museion in Copenhagen – which, judging by the photos of it – was visually as attractive as it was aurally. 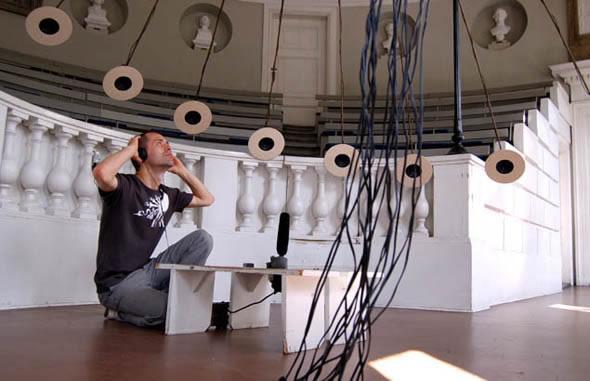 Labyrinthitis is a balance disorder (related to Ménière’s disease), which can result in dizziness, but also in a kind of tinnitus:
‘In response to the interference, ears and skull may start humming, singing or even screaming.’
This may not sound like something you’d want to undergo in free will, but don’t worry: ‘The composition is designed in such a way as to avoid any possible physical damage to the aural system of the listeners.’
(Unless your headphones are too loud of course, but that’s your own decision). 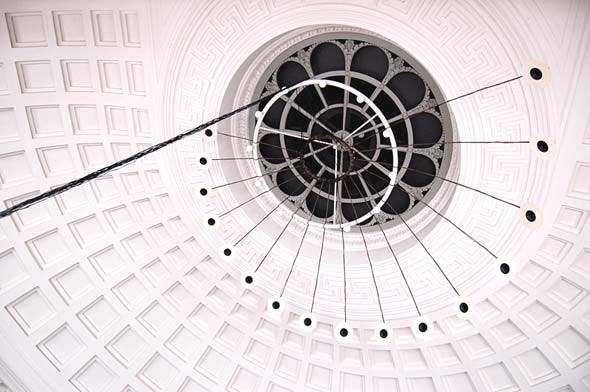 Like all of previous Kirkegaard’s work, Labyrinthitis is not only a fascinating concept, it’s also fascinating to listen to.
The recording starts with high frequency sounds that find their way into your skull and settle there. It’s an immersive sound ending after 40 minutes (unlike the tinnitus that Labyrinthitis patients hear, which cannot be switched off and ultimately becomes very tiring and disorientating!)

A ‘live’ performance of this work adds a completely new dimension to musical performances: the ‘tartini tones’ that are produced by the audiences’ inner ear become an integral part of the original composition. Can you imagine that? How much more physical can we get?
This concept may be a bit confusing but there’s quite a lot of information about this phenomenon included in the liner notes.
And the bottom line is that this music is fascinating and haunting also without all conceptual details.
A Kirkegaard masterpiece once again!